The organization has also published an official anti tracking policy that effectively maps out the direction which its popular browser will take when it comes to blocking online tracking.

Firefox 65 carries a number of improvements and various security fixes, but the one that gets most attention is enhanced tracking protection through simplified content blocking settings.

Users can choose between the: 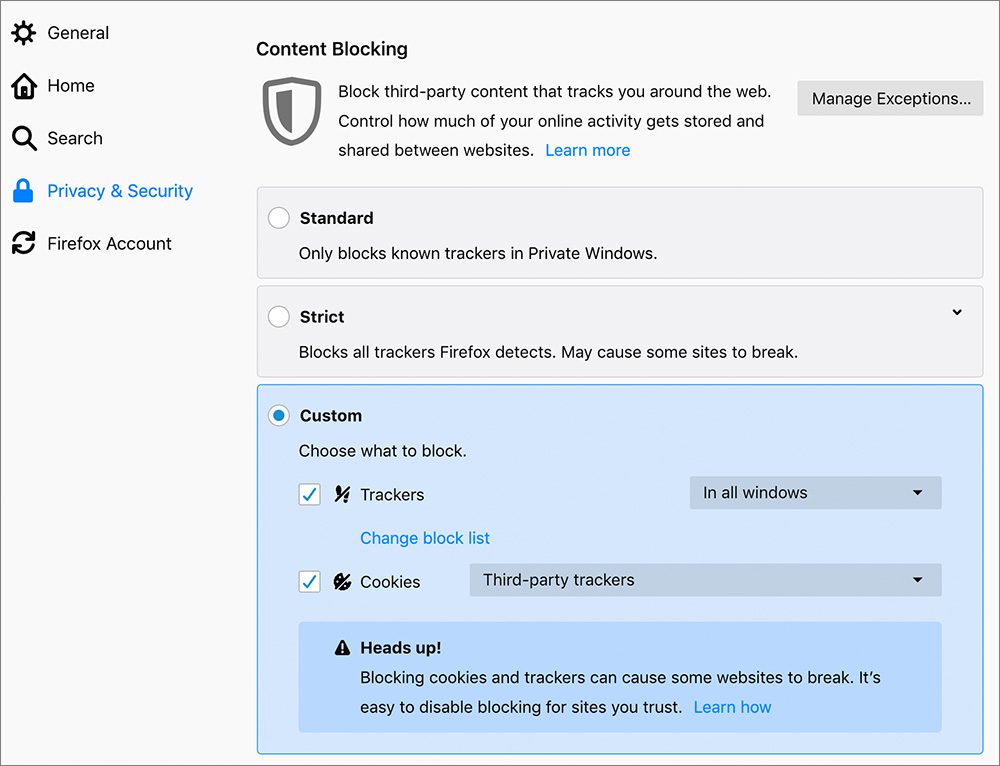 “Blocking all-third party cookies (…) gives you more privacy protection, but it may cause websites to break and also cause you to see just how pervasive tracking is,” Mozilla warned.

“Blocking all cookies (…) will ensure that you’re not being tracked, but it will definitely break parts of the web.”

Mozilla is vocal about the need for users to be able to (1) choose what information they share with what companies and (2) undestand the tradeoffs they are making when they do.

Unfortunately, many online tracking practices, while potentially harmful to users, cannot be meaningfully understood or controlled by them.

Tracking by a first party – i.e., site or sites with which the user intends to interact and are operated by the same organization – are not an issue as the user can expect for their on-site behavior to be tracked by the company/organization. Mozilla wants users to be capable of preventing third-party tracking.

The policy also notes that Mozilla might implement measures to block any new tracking technique that may be discovered in the future.