Android Q, the newest iteration of Google’s popular mobile OS, is scheduled to be made available to end users at the end of August.

While we still don’t know what its official release name will be, the first preview build and accompanying information released by Google give us a peek into some of the privacy improvements that we can look forward to.

1. The platform will stop keeping track of contacts affinity information, meaning that apps that want to know what contacts the user interacts with the most will be unable to do so.

2. Devices running on Android Q will transmit randomized MAC addresses by default, in an attempt to prevent app owners, location analytics firms, stores, and others to track users’ movements.

3. Only some apps will be able to access information such as the phone’s IMEI and serial number (the so-called non-resettable identifiers).

4. Users get more control over location permissions. “Previously, a user had a single control to allow or deny an app access to device location, which covered location usage by the app both while it was in use and while it wasn’t. Starting in Android Q, users have a new option to give an app access to location only when the app is being used; in other words, when the app is in the foreground,” Google explained. 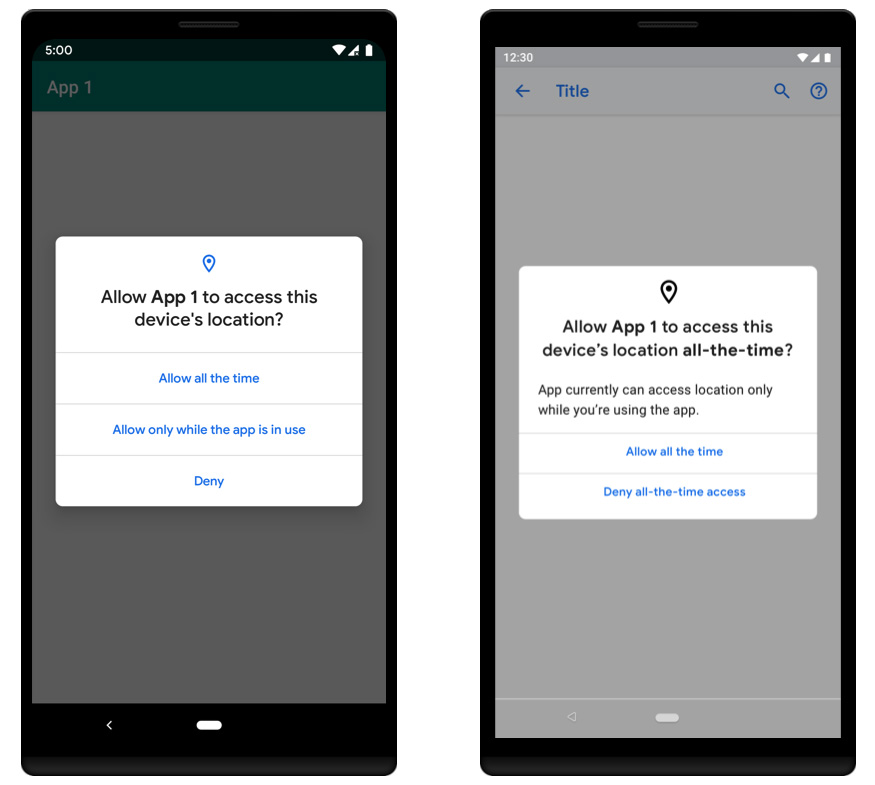 5. Only apps that are currently in focus (on screen) or apps that are the default input method editor (e.g., default keyboard apps) can access clipboard data.

6. Android Q will also come without the /proc/net function, which provides information about a device’s network state. “Apps that need access to this information, such as VPNs, should refer to the NetworkStatsManager and ConnectivityManager classes,” Google pointed out.

7. Apps will have to have the ACCESS_FINE_LOCATION permission to use several methods within the Wi-Fi, Wi-Fi Aware, or Bluetooth APIs. Apps running on Android Q will not be able to enable or disable Wi-Fi, and only system apps will be able to perform manual configuration of the list of Wi-Fi networks.

8. Android Q will change how apps can access files on the device’s external storage, as it will give each app an isolated storage sandbox into an external storage device, meaning that no other app will be able to directly access another app’s sandboxed files. (App developers will need to ask users’ permission to create and modify files that other apps have created).

9. Android Q comes with new restrictions on launching activities from the background without user interaction (users will see more notifications). “As long as your app starts activities as a direct result of user interaction, however, your app most likely isn’t affected by this change,” Google pointed out to app developers.

10. Android Q makes several changes to the permissions model. For example, there will be a new runtime permission for apps that need to detect the user’s movement.