Despite improvements in combating cybercrime and threats, IT security professionals are still struggling to fully secure their organization and protect against breaches with 61 percent claiming to have experienced a data breach at their current employer, according to McAfee.

Adding to this challenge, data breaches are becoming more serious as cybercriminals continue to target intellectual property putting the reputation of the company brand at risk and increasing financial liability.

The McAfee’s Grand Theft Data II – The Drivers and Shifting State of Data Breaches study demonstrates the need for a cybersecurity strategy that includes implementing integrated security solutions combined with employee training and an overall culture of security throughout the organization to reduce future breaches.

“Threats have evolved and will continue to become even more sophisticated,” said Candace Worley, vice president and chief technical strategist at McAfee.

“Organizations need to augment security measures by implementing a culture of security and emphasizing that all employees are part of an organization’s security posture, not just the IT team. To stay ahead of threats, it is critical companies provide a holistic approach to improving security process by not only utilizing an integrated security solution but also practicing good security hygiene.”

The McAfee report highlights the following:

Data is now being stolen by a wide range of methods, with no single technique dominating the industry. The top vectors used to exfiltrate data are database leaks, cloud applications and removable USB drives.

Personally identifiable information (PII) and intellectual property (IP) are now tied as the data categories with the highest potential impact to 43% of respondents. Notably, PII is of greater concern in Europe (49%), most likely due to the recent enforcement date of the General Data Protection Regulation (GDPR). In Asia-Pacific countries, intellectual property theft is of greater concern (51%) than PII.

IT is looked at as the culprit with 52 percent of respondents claiming IT is at fault for creating the most data leakage events. Business operations (29 percent) follows as the next most likely to be involved. Highly regulated internal groups including finance (12 percent) and legal (6 percent) were the most secure.

There is a rift in regard to accountability – 55 percent of IT professionals believe that c-level executives should lose their job if a breach is serious enough, yet 61 percent also state that the c-level executives they work with expect more lenient security policies for themselves.

IT professionals are taking action, with almost two-thirds stating they have purchased additional DLP, CASB and endpoint detection solutions over the last 12 months. Respondents believe that between 65 and 80 percent of breaches experienced would have likely been prevented if one or more of these systems had been installed. 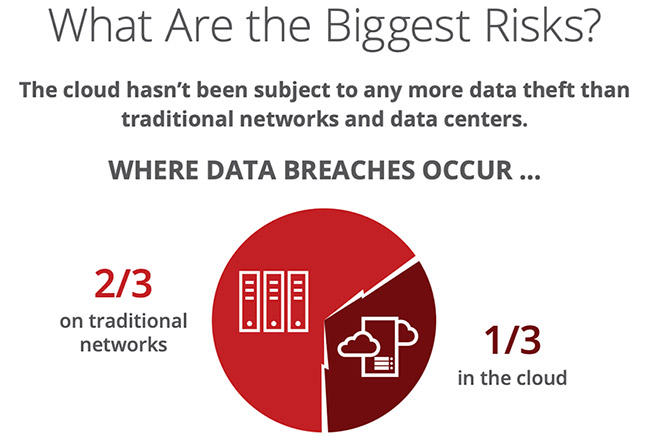 The stakes are higher as multiple attack methods are now used in a breach as cybercriminals continue to target personal data and intellectual property. Furthermore, IT security teams are increasingly concerned about external threat actors compromising their network, which has forced more organizations to publicly disclose when breaches occur.

The severity of publicly disclosing breaches results not only in financial repercussions but damage to brand and reputation as well.