Five years ago, after a landmark ruling of the Court of Justice of the European Union, Google began receiving, evaluating and acting upon requests to delist certain URLs appearing in search results.

In those five years, Google received some 3.2 million requests to delist URLs, from approximately 502,000 requesters, and decided to delist 45% of those URLs.

It shouldn’t come as a surprise, then, that requests asking for the delisting of pages containing information on political activities and professional wrongdoing (this includes negative reviews) are fulfilled at a much lower rate than requests concerning personal and sensitive personal information: 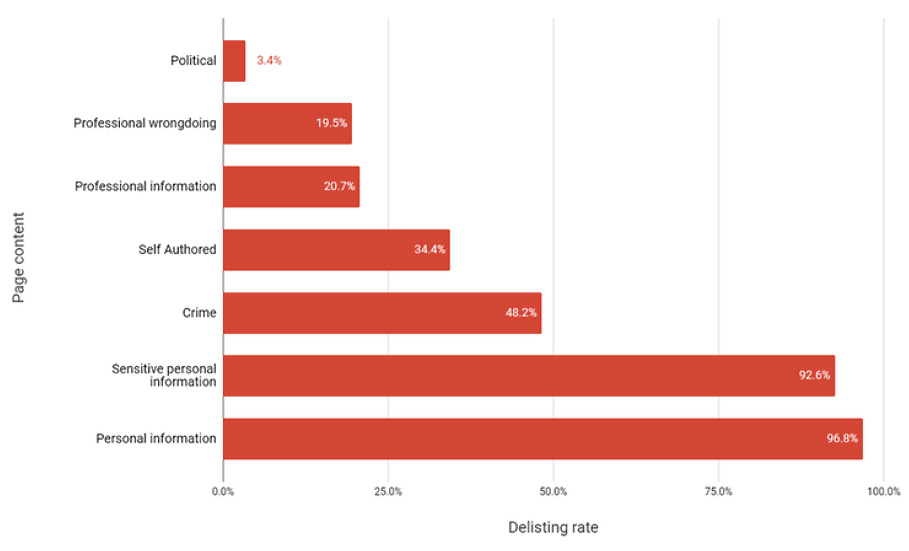 Interestingly enough, almost a quarter of all requests are for the delisting of pages containing professional information, but those often go unfulfilled. 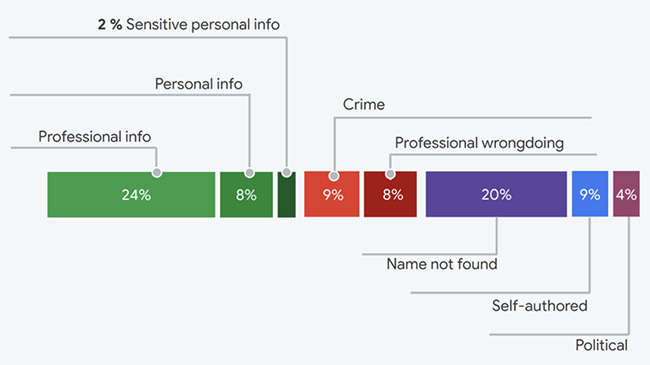 “The relatively low rate for requested professional information delistings (20.7%) is best explained by the fact that many of those requests pertain to information that is directly relevant or connected to the requester’s current profession, and is therefore in the public interest to be indexed by Google Search,” Bursztein explained.