Most enterprises (85%) believe embracing the public cloud is critical to fuel innovation, but the majority are not equipped to operate in the cloud securely, according to a DivvyCloud survey of nearly 2,000 IT professionals. 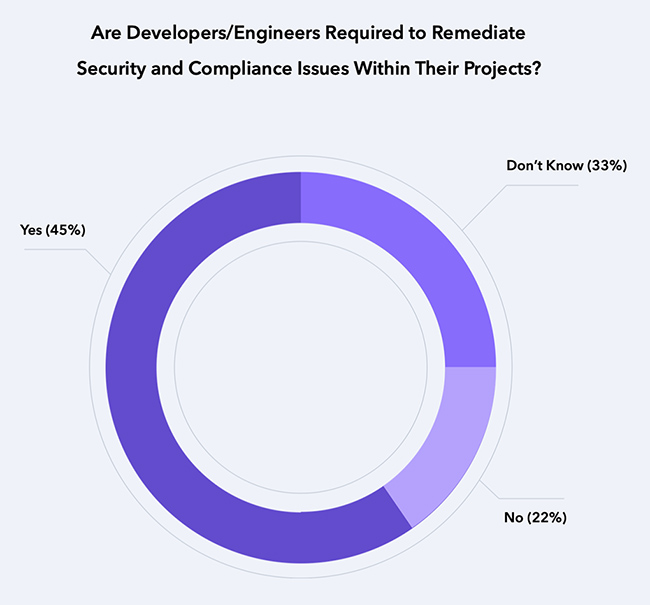 In fact, of those surveyed whose organization has already adopted public cloud, only 40% have in place an approach to managing cloud and container security.

Avoiding security issues in the cloud

“Enterprises believe they must choose between innovation and security—a false choice we see manifested in the results of this report, as well as in conversations with our customers and prospects,” said Brian Johnson, CEO at DivvyCloud.

“The truth is, security issues in the cloud can be avoided. By employing the necessary people, processes, and systems at the same time as cloud adoption (not weeks, months, or years later), enterprises can reap the benefits of the cloud while ensuring continuous security and compliance.”

The vast majority of respondents (85%) trust automated security solutions more than or the same as human security professionals.

Developers and security are misaligned: Almost half (49%) of all respondents whose organizations use public cloud said their developers and engineers at times ignore or circumvent cloud security and compliance policies.

Enterprises lack understanding of applicable regulations and standards: Out of all respondents, 42% do not know which frameworks their company uses to maintain compliance with relevant standards and regulations (such as GDPR, HIPAA, PCI DSS, SOC 2, etc.) 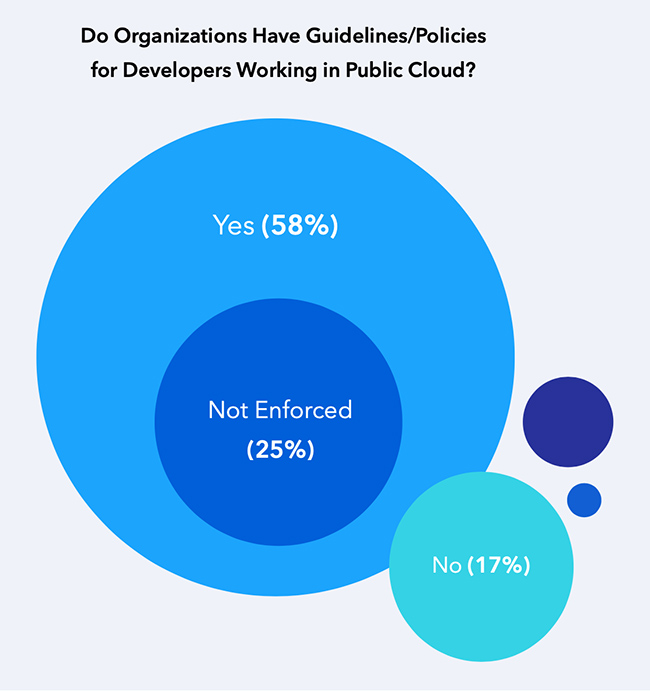 Infrastructure-as-a-Service (IaaS) reigns supreme: When asked about the architectures their organizations currently use or plan to use within the next year to build apps, 42% said IaaS; among larger organizations with 10,000 or more employees, that number goes up to 53%.

The cloud is ubiquitous: Only 7% of respondents work for organizations that do not use any public cloud services, and only 5% reported no plans to adopt public cloud—a significant drop from the 11% who reported no adoption plans last year.

Enterprise multicloud strategies are declining: 64% of this year’s survey respondents confirmed their organization is using two or more cloud services, a 13% decline from last year.