More than 88% percent of organizations use cloud infrastructure in one form or another, and 45% expect to migrate three quarters or more of their apps to the cloud over the next twelve months, according to a recent O’Reilly survey. 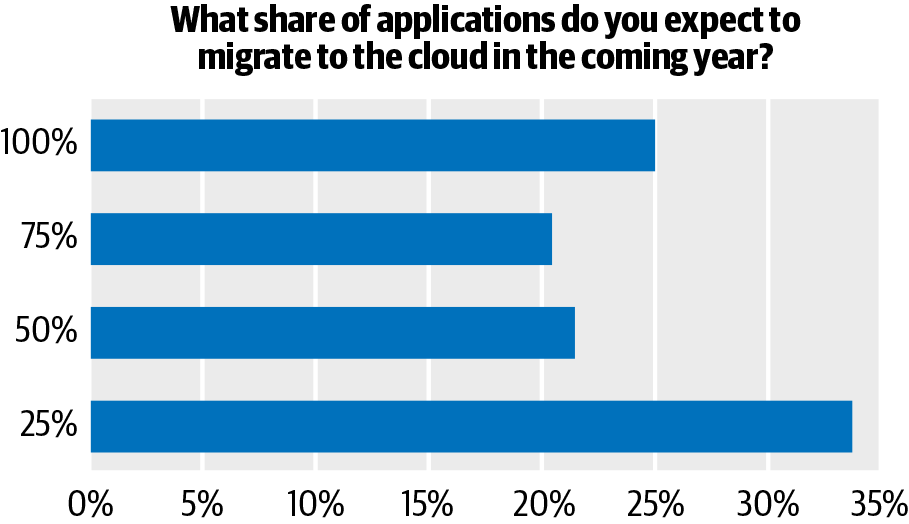 The report surveyed 1,283 software engineers, technical leads, and decision-makers from around the globe. Of note, the report uncovered that 21% of organizations are hosting all applications in a cloud context.

The report also found that while 49% of organizations are running applications in traditional, on-premises contexts, 39% use a combination of public and private cloud deployments in a hybrid-cloud alternative, and 54% use multiple cloud services.

Public cloud is the most popular deployment option

Public cloud dominates as the most popular deployment option with a usage share greater than 61%, with AWS (67%), Azure (48%), and Google Cloud Platform (GCP) (32%) as the most used platforms. However, while Azure and GCP customers also report using AWS, the reverse is not necessarily true.

“We see a widespread embrace of cloud infrastructure across the enterprise which suggests that most organizations now equate cloud with “what’s next” for their infrastructure decisions and AWS as the front-runner when it comes to public cloud adoption,” said Mary Treseler, VP of content strategy at O’Reilly.

“For those still on the journey to cloud-based infrastructure migration, ensuring that staff is well-versed in critical skills, such as cloud security and monitoring, will be incredibly important for successful implementations.

“Enterprises with solid footing have the potential to leverage this infrastructure for better software development and AI-based services, which will put them at an advantage over competitors.” 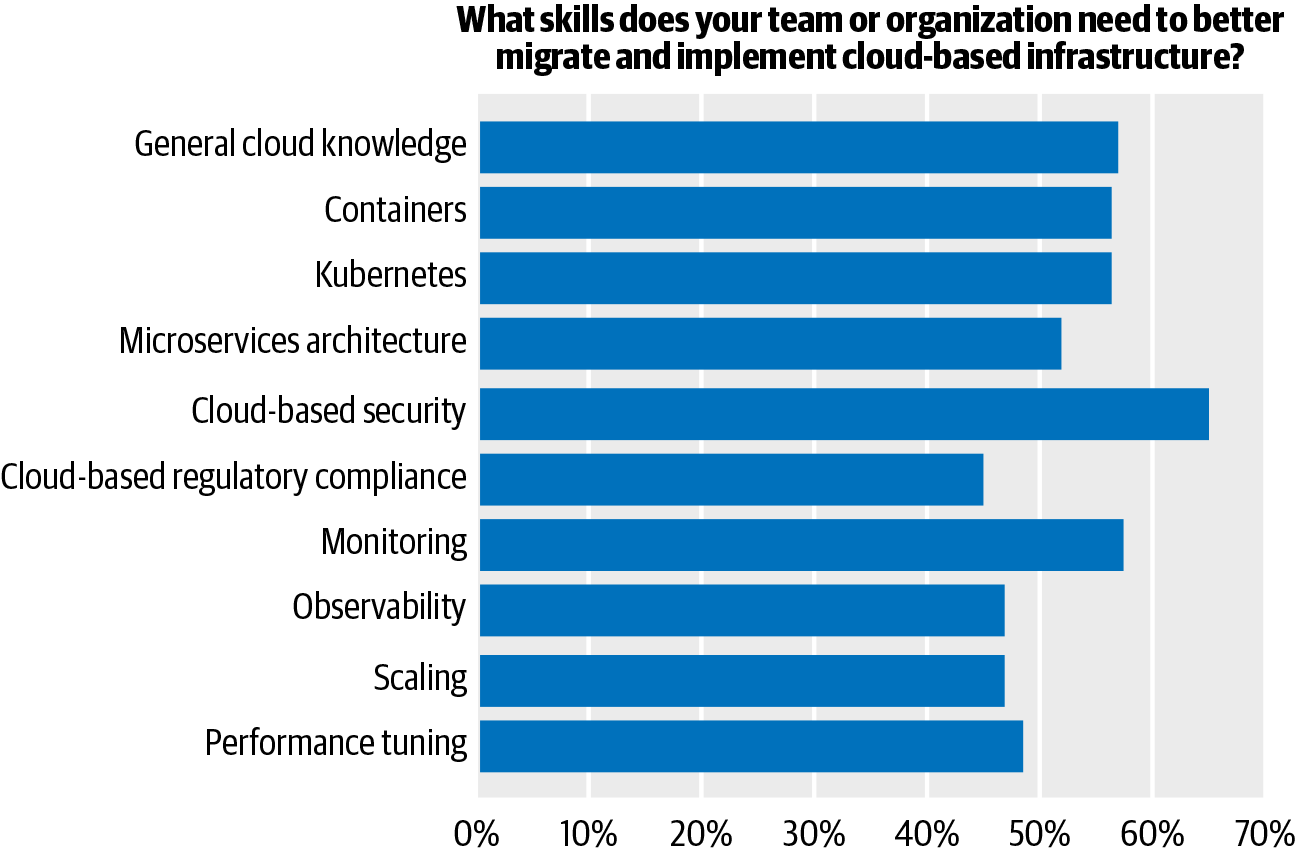