An overwhelming majority of organizations prioritize software quality over speed, yet still experience customer-impacting issues regularly, according to OverOps. 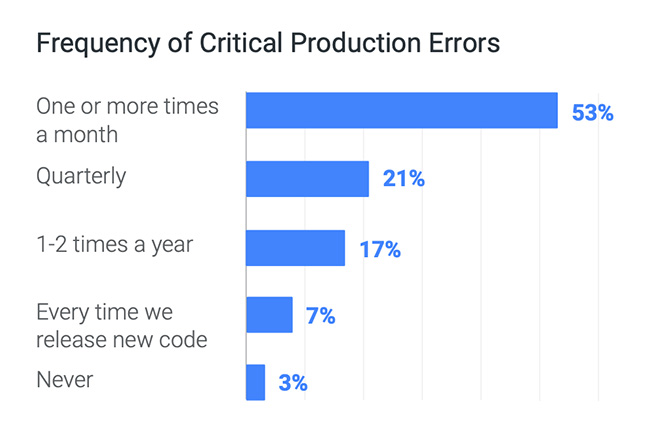 The report, based on a survey of over 600 software development and delivery professionals, revealed that the current level of DevOps investment is not sufficient for ensuring software reliability. This year’s plans to invest in new tools like automated code analysis could be the key to solving this challenge.

“The move to DevOps and the increasing velocity at which teams are delivering software is unprecedented. At the same time, they are dealing with much higher levels of risk and vulnerability,” said Herb Krasner, an Advisory Board Member of the Consortium for IT Software Quality (CISQ).

“Although the issue of poor-quality software has existed since the dawn of IT, we have reached a turning point where we need to be much more serious about how we address these issues going forward. As such, the results and recommendations from the OverOps State of Software Quality report are important and timely.”

In the battle between speed and quality, most software professionals choose quality: The survey found that 70% of respondents say quality is paramount, and they would rather delay the product roadmap than risk a critical error impacting their users.

Regardless of whether a team prioritizes speed or quality, they all are encountering frequent production issues: 53% of respondents indicated they encounter critical or customer-impacting issues in production at least one or more times a month.

A quarter of participants also said that over 40% of critical production issues are first reported by end users or customers rather than internal mechanisms.

Organizations are moving faster than ever: Continuous integration (54%) and continuous delivery (42%), both hallmarks of accelerated software delivery pipelines, were among the top three areas of DevOps investment for survey respondents.

45% of all respondents said that pressure to move fast was one of their top software quality challenges. Further, over half of respondents (59%) said they release new code/features anywhere from bi-weekly to multiple times a day. 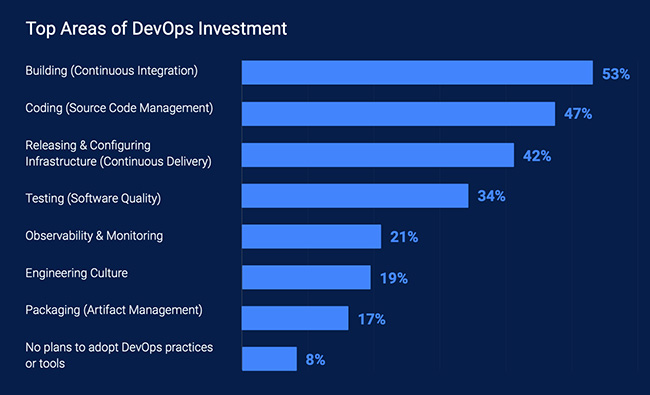 Developer productivity is suffering: As a result of frequent critical production errors, development teams are spending a considerable amount of time troubleshooting code-related issues. Two out of three survey participants report spending at least a day per week troubleshooting issues in their code, with 30% spending anywhere from 2 days to a full week.

Automated code analysis could be the next big thing in software quality: Engineering organizations are expanding the scope of their automation initiatives beyond their CI/CD pipelines. Among the top plans for adoption in 2020 were static analysis (37%) and dynamic code analysis (27%), beaten only by DevOps (58%) and microservices/containers (45%).