Researchers discovered a malicious functionality within the iOS MintegralAdSDK (aka SourMint), distributed by Chinese company Mintegral. 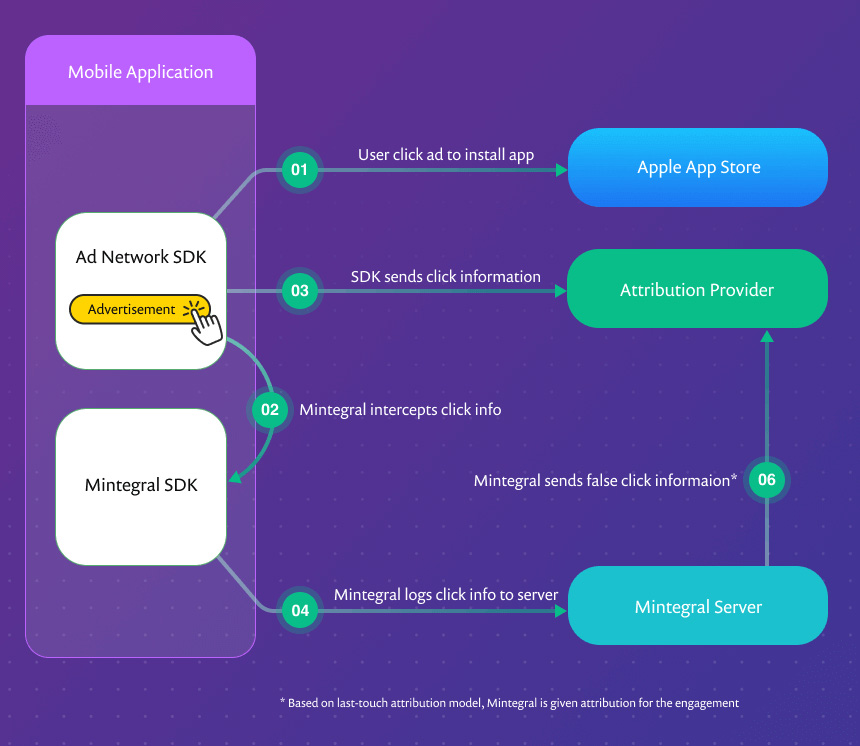 According to Snyk, SourMint actively performed ad fraud on hundreds of iOS apps and brought with it major privacy concerns to hundreds of millions of consumers.

On the surface, the MintegralAdSDK posed as a legitimate advertising SDK for iOS app developers, but its malicious code appeared to commit ad attribution fraud by secretly accessing link clicking activity within thousands of iOS apps that use the SDK.

SourMint also spied on user link click activity, improperly tracking requests performed by the app and reporting it back to Mintegral’s servers. Snyk’s researchers exposed SourMint and responsibly disclosed the information to Apple, alerting them to the active supply chain attack.

The SDK was distributed through Mintegral’s GitHub Repository, Cocoapods Package Manager for iOS; and Gradle/Maven for Android (which does not appear to be malicious). Unbeknownst to developers integrating it into their applications, the iOS versions of the SDK were malicious.

The SDK remained undetected for more than a year within the Apple App Store; SourMint first appeared in the 5.51 version of iOS in July 2019 continuing through version 6.3.7.0. Since then it has been identified in 1,200 iOS apps, including approximately 70 of the top 500 free apps found on the App Store, some of which are in the top 100.

Researchers found that SourMint has two major malicious functionalities in the SDK:

“As the first malicious SDK of this kind to infiltrate the iOS ecosystem, SourMint was very sophisticated. It avoided detection for so long by utilizing various obfuscations and anti-debugging tricks,” said Danny Grander, CSO, Snyk. “Developers were unaware of the malicious package upon deploying the application, allowing it to proliferate for more than a year. As cyber risk continues to ramp up, it’s critical for all software developers to mitigate the potential of malicious code making it into production and creating consumer privacy risk at this scale.”