Vectra released its report on Microsoft Office 365, which highlights the use of Office 365 in enterprise cyberattacks. The report explains how cybercriminals use built-in Office 365 services in their attacks. 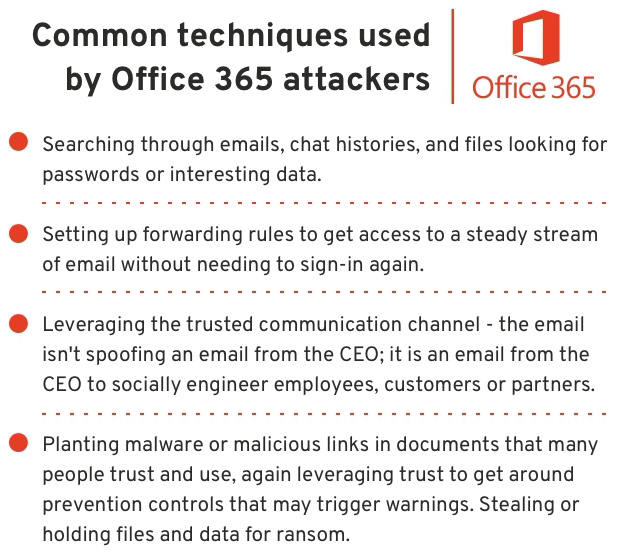 Attacks that target software-as-a-service (SaaS) user accounts are one of the fastest-growing and most prevalent problems for organizations, even before COVID-19 forced the vast and rapid shift to remote work.

With many organizations increasing their cloud software usage, Microsoft has dominated the productivity space, with more than 250 million active users each month. Office 365 is the foundation of enterprise data sharing, storage, and communication for many of those users, making it an incredibly rich treasure trove for attackers.

“Within the new work-from-home paradigm, user account takeover in Office 365 is the most effective way for an attacker to move laterally inside an organization’s network.” said Chris Morales, head of security analytics at Vectra.

“We expect this trend to magnify in the months ahead. Attackers will continue to exploit human behaviours, social engineering, and identity theft to establish a foothold and to steal data in every type of organization.”

Even with the increasing adoption of security postures to protect user accounts such as multifactor authentication (MFA), 40 percent of organizations still suffer from Office 365 breaches, leading to massive financial and reputational losses.

In a recent study, Forrester Research put the cost of account takeovers at $6.5 billion to $7 billion in annual losses across multiple industries.

The report is based on the participation of 4 million Microsoft Office 365 accounts monitored by Vectra researchers from June-August 2020.