It also led them to discover that Microsoft servers are not currently enforcing the DMARC protocol. “This is especially perplexing when considering Microsoft frequently ranks as a top 5 most spoofed brand year after year,” said Lomy Ovadia, the company’s VP of research and development. 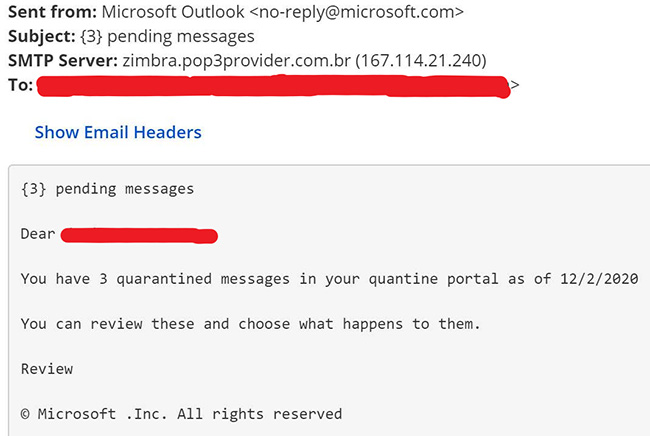 The link takes users to a fake login page that “asks” for Microsoft 365 login credentials. Needless to say, users who enter them are effectively handing them over to the phishers.

“The reason why SEGs [secure email gateways] can traditionally stop exact domain spoofing is because, when configured correctly, this control is compliant with Domain-based Message Authentication, Reporting and Conformance (DMARC).”

DMARC is an email authentication protocol designed to help email domain owners protect their domain from unauthorized use.

“Any other email service that respects and enforces DMARC would have blocked such emails. It remains unknown as to why Microsoft is allowing a spoof of their very own domain against their own email infrastructure,” Ovadia concluded.