A research study conducted by Deep Instinct reports on the hundreds of millions of attempted cyberattacks that occurred every day throughout 2020 showing malware increased by 358% overall and ransomware increased by 435% as compared with 2019. 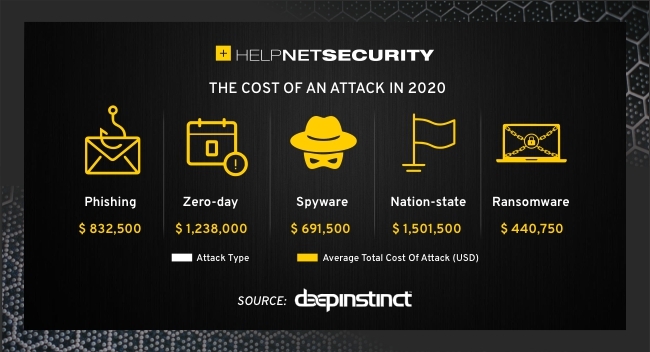 “We’ve seen the pandemic accelerate companies’ business transformations to conducting business online while the abrupt switch to the work-from-home model widened organizations’ attack surface. It’s no wonder that security teams have difficulty keeping up with the onslaught of attacks of every different type,” said Guy Caspi, CEO of Deep Instinct.

“And the problem is not limited to the sheer volume of attacks, our study shows that the sophistication of attacks has grown with advanced evasive tactics that make detection much more difficult.”

If it were even possible, ransomware became an even bigger threat in 2020 with the potential for a large profit.

Double extortion tactics became the new standard in ransomware, with the threat of data not only being encrypted, but also exposed posing a major threat to organizational security and protection. For this reason, the report recommends that companies take a proactive stance to shield themselves from infection by deploying solutions that focus on prevention.