A majority of businesses surveyed for a study by the Economist Intelligence Unit (EIU) and the Cybersecurity Tech Accord, see state-led and sponsored cyberattacks as a major threat. They are concerned about catastrophic reputational and financial consequences and call for greater international political cooperation to mitigate these threats. 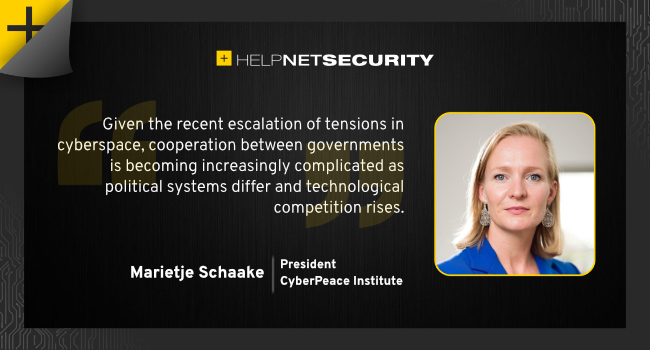 The survey was conducted between November and December 2020, before the pernicious cyberattack on software company SolarWinds came to light. That attack was a moment of reckoning for many organizations about the challenges posed by state-led and -sponsored cyberattacks but, as the survey reveals, many businesses have long been aware of the escalating threat.

In recent years, cyberattacks led or sponsored by states have transformed cyberspace. This escalating conflict online has been accelerated by the wide-reaching consequences of COVID-19. In fact, almost 8-in-10 respondents say the pandemic has increased the likelihood of a state-led or -sponsored cyberattack on their organization.

Results show private sector leaders expect cyber threats by state actors to increase in the years ahead and want governments to implement effective policy solutions at the national and international level. In further detail, the key study findings are:

“Recent state-led and -sponsored attacks serve as a powerful reminder of an escalating problem that is too big to ignore,” said Brad Maiorino, executive VP and CSO, FireEye.

“There needs to be a fundamental shift in security planning beyond the efforts of any one organization, and this shift requires proactive and cooperative action from government and industry.”

“Although cyberattacks are a silent threat, they can have devastating and long-lasting effects on our society. Given the recent escalation of tensions in cyberspace, cooperation between governments is becoming increasingly complicated as political systems differ and technological competition rises,” said Marietje Schaake, president of the CyberPeace Institute.

“This survey is an important call to action for democratic governments to step up and think more inclusively about the kind of cyber assistance they provide to protect companies in key sectors, and ultimately civilians.”