Consumers across the U.S. and Canada have embraced digital banking and biometric identity proofing during the COVID-19 pandemic, a FICO study has found. 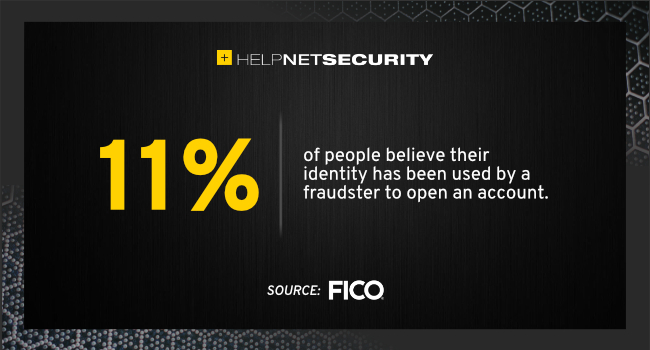 The study found that 41 percent of North American consumers are more likely to use digital means to open a financial account than a year ago, while 32 percent are less likely to visit a branch to open a new account.

“In an effort to help stop the spread of the virus, consumers across North America have accelerated their move from brick-and-mortar branches to digital banking channels,” said Liz Lasher, VP, FICO.

“As a result, consumers’ expectations have shifted, placing higher priority on having a seamless and engaging digital experience, which includes establishing account security. For financial service providers, this means tomorrow’s success will rely on having the right platform to deliver enhanced customer experiences, improved fraud protection and financial crime compliance.”

Consumers across North America expect a seamless, uninterrupted experience when opening accounts digitally, either using a website or a mobile app. They also don’t want to be forced to use another channel to complete tasks, particularly those associated with identity proofing.

Specifically, Canadian consumers have higher expectations about the tasks they should be able to complete digitally than those in the U.S.

Canadians expect to be able to prove their identity (70 percent), prove where they live (60 percent) and set up biometric security (45 percent) within the digital channel they used to make the application. Whereas for Americans, these expectations drop to 62 percent, 52 percent and 42 percent respectively.

With this shift towards to digital-first banking, identity proofing and biometrics have become increasingly top of mind for consumers as identity theft is a real threat for people across North America.

In the U.S., 11% of people believe their identity has been used by a fraudster to open an account, compared to 6% in Canada, which is equivalent to 23 million Americans and 660,000 Canadians. As a result, 72 percent of Americans and 68 percent of Canadians acknowledge that banks’ identity proofing is vital to protecting them from fraud.

Once accounts are open, the vast majority of consumers across North America are happy for their banks to use biometrics such as facial scan, fingerprint and/or voiceprint to protect them. The survey found that 76 percent of Americans and 74 percent of Canadians would be happy to do this, with over 40% (U.S. 42%, Canada 45%) even expecting biometric account logins to be set as part of the account opening process.

The survey also found that when consumers are asked to move out of channel to prove their identities, for example by mailing documents, visiting branches or even sending scanned documents by email many of them will abandon the application. On average, 25 percent of Americans will go to a competitor or abandon the application completely, which dips slightly for Canadians at 21 percent.

While a significant portion of consumers can carry out the tasks needed to open a bank account using a mobile app, some will need help; particularly when they need to verify their identity. In general, a slightly higher percentage of Canadians say they can carry out these tasks compared to those in the U.S.:

“Consumers embraced the digital first economy during the past 12 months, but how, when and what digital channels they prefer still varies greatly across demographics,” added Lasher. “For banks, it’s critical they understand their customers and deploy solutions and policies that can operate across channels and adapt to their customers evolving preferences.”