While organizations invest significantly and rely heavily on penetration testing for security, the widely used approach doesn’t accurately measure their overall security posture or breach readiness — the top two stated goals among security and IT professionals. 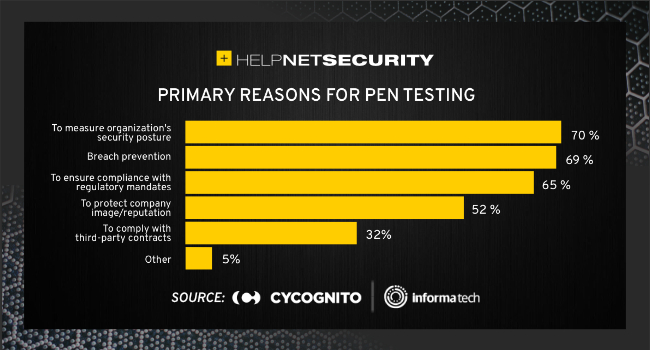 The research, conducted by Informa Tech, surveyed enterprises with 3,000 or more employees and found that 70 percent of organizations perform penetration tests as a way to measure their security posture and 69 percent to prevent breaches, yet only 38 percent test more than half of their attack surface annually.

Just as locking the front door of a house but leaving the back door and windows unlocked creates an attractive target, attackers will naturally focus on those IT assets organizations leave untested. 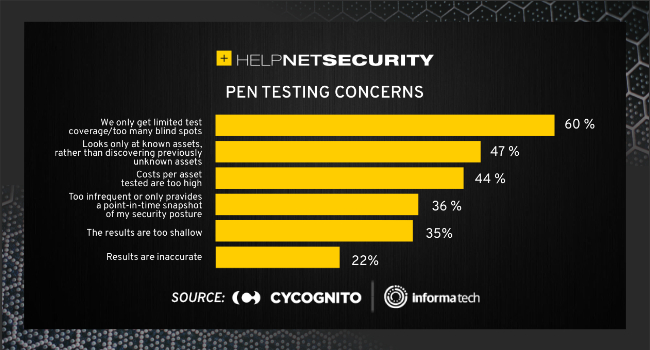 “Security tests should tell organizations what attackers are able to see and exploit so that defenders can prevent breaches. But when companies are only able to see assets they already know about, test just a portion of their attack surface, and do that only a few times per year, preventing breaches isn’t possible. So, the biggest takeaway from this report is that what organizations want or are hoping to achieve through pen testing versus what they actually are accomplishing are two very different things,” said Rob Gurzeev, CEO of CyCognito.

“There is very limited value in testing only a portion of your attack surface periodically. Unless you are continuously discovering and testing your entire external attack surface, you don’t have an overall understanding of how secure your organization is. If there is a path of least resistance, attackers will find it, and find a way to exploit it.”