Cloud native adoption has both transformed the way organizations build modern applications and resulted in increased security threats and concerns, according to a research by Snyk. 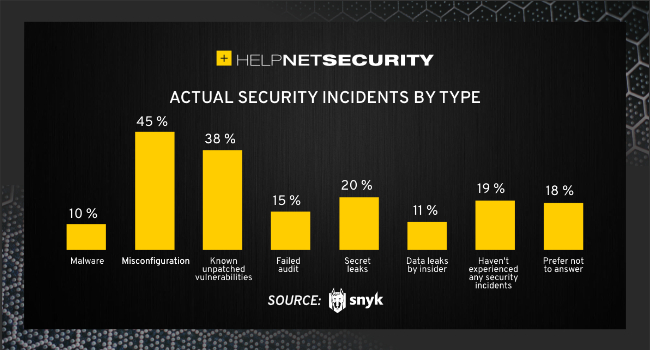 Most notably, the report found that:

“We’re at a pivot point in terms of the evolution of both the developer’s role as well as a transformation within the security industry as a whole,” said Guy Podjarny, President, Snyk.

“As this latest research demonstrates, enterprises that choose to empower their development teams with the right security tools will ship their applications faster and safer than their competition, best positioning them to lead their industries in the coming decade.”

Developers today require solutions that enable them to build security into the whole application – from code and open source to containers and cloud infrastructure, and they now have the opportunity to take on a pivotal security leadership position within their organizations as their role evolves to take on greater authority and autonomy.

Significant findings indicate greater security ownership is now being embraced by development teams faster than security teams are willing to let go of their own historic role in the traditional process. For example:

Adopting a broader and deeper approach to cybersecurity by embedding security tools and best practices throughout the software development lifecycle is the make or break factor in achieving cloud native application security success.

Automation also makes it easier to conduct more frequent testing, allowing for vulnerabilities to be identified and fixed quicker: