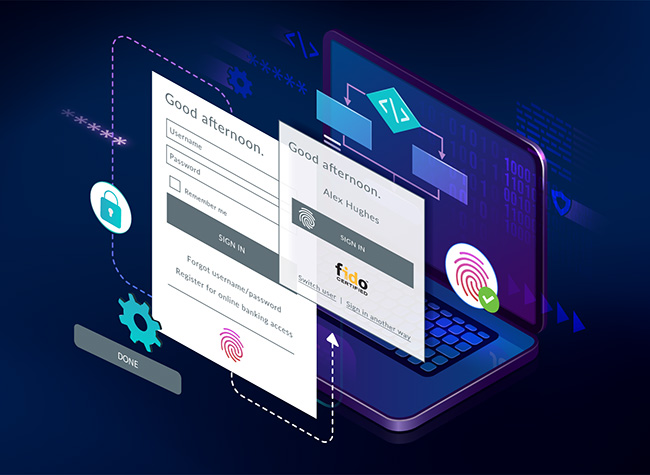 With over 4 billion devices, all major browsers and operating systems now supporting FIDO authentication, today’s releases make it even easier for service providers and enterprises to provide simple, phishing-resistant and privacy-enhancing sign-in experiences.

Today’s announcements come as the widespread support for FIDO Authentication has led to an increased demand from service providers and consumers alike – but they need an implementation path to follow that maximizes adoption and simplifies FIDO deployments. The FIDO UX guidelines provide that path, allowing service providers to help consumers understand, adopt and benefit from logging in with FIDO.

“Eliminating the reliance on passwords is now a major objective for everyone offering online services – both to provide a more seamless yet secure access to consumer services, as well as to address the growing threat from sophisticated attacks targeting distributed workforces and systems. Our first UX guidelines and FIDO2 enhancements give consumers and enterprises the tools, protection and roadmap to a simpler, more secure, passwordless future,” said Andrew Shikiar, executive director and CMO of the FIDO Alliance.

Virtually every modern device and web browser now supports FIDO Authentication, allowing consumers to leverage the same technology they use to unlock their device (a fingerprint or face scan for example) to now sign-in to web services in a secure and private manner. A growing number of large service providers and financial institutions are providing this built-in functionality in order to give their customers the option to log in without the risk and hassle of passwords.

These FIDO UX guidelines were created as a set of best practices to help service providers encourage their customers to log in with FIDO Authentication on desktop environments; other FIDO authentication use cases will be addressed through UX guidelines in the future.

Enhancements to FIDO standards to accelerate passwordless in the enterprise

The FIDO Alliance has announced enhancements to its FIDO2 specifications, which include several new features that will be helpful for passwordless enterprise deployments and other complex security applications. Both FIDO2 specifications were recently updated by their governing bodies – with the World Wide Web Consortium (W3C) approving WebAuthn Level 2 and FIDO doing the same for CTAP 2.1.

Other updates include support for cross-origin iFrames and Apple attestation, as well as improvements to resident credentials. More details on these and other FIDO specification enhancements are available here.