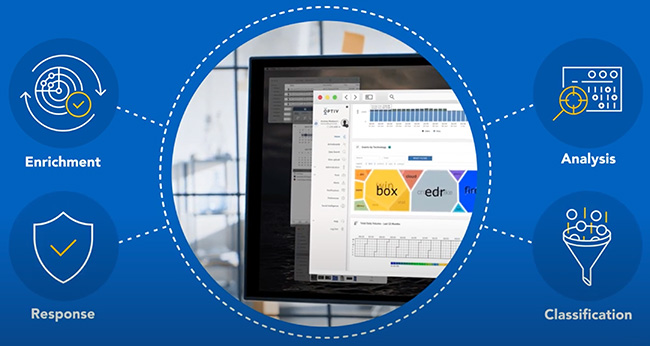 “Optiv MXDR brings simplicity, transparency and automation to clients’ environments, enhancing existing defenses to counter known and emerging threats with confidence and speed,” said David Martin, chief services officer for Optiv. “What’s more, we can seamlessly leverage the power of Optiv to extend and layer the offering with a full suite of complementary services like remediation, incident response, threat hunting, and beyond.”

“We know the threat landscape; both what’s at stake and how to circumvent threat actors while significantly reducing time to detect and respond,” said John Ayers, XDR vice president for Optiv. “We meet clients where they are and customize our continuously managed approach to ease the burden of the unknown and allow teams to detect, respond and remediate threats faster while also automating deeper investigation for future improvements.”

Devo has been named a foundational partner in Optiv MXDR, delivering scalable, cloud-native logging and security analytics via the Devo Platform, enabling full visibility across cloud and on-premise environments for Optiv customers.

“Security teams are eager to learn more about XDR as they look to consolidate their security stack for greater efficiency and accuracy in threat detection and response,” said Ted Julian, SVP of Product at Devo. “Two constraints have always stood in their way: lack of real-time access to historical data, and the inability to collect and analyze the massive data volumes associated with modern operational environments. Devo eliminates these concerns and is uniquely qualified to power solutions like Optiv’s MXDR.”