A recent survey by Policygenius explored consumer sentiment toward new tech being deployed by home and auto insurance companies. 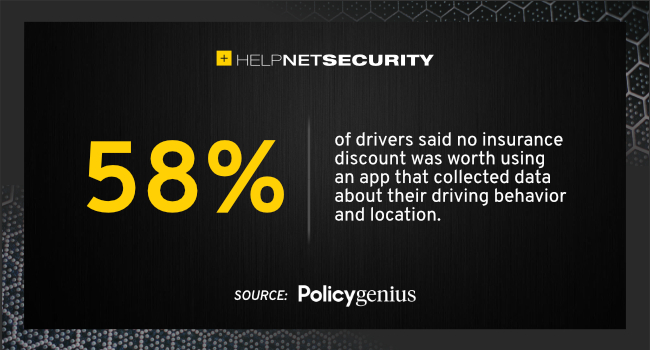 The survey also found that consumers value privacy more than potential savings. 58% of drivers said no insurance discount was worth using an app that collected data about their driving behavior and location. Among the 43% of drivers willing to use this type of app, 74% said they would only use it if it lowered their rates by more than half.

Privacy concerns extend to home and renters insurance savings potential as well. 32% of respondents said they’d be willing to install a smart home device that collected personal data, such as doorbell cameras, water sensors, or smart thermostats, even if doing so reduced their home or renters insurance rates by more than half. 57% of respondents felt no discount was worth using these devices and ultimately giving up privacy.

“Some companies use technologies like usage-based auto insurance and artificial intelligence in their pricing and payout processes, but you can’t easily put a price on consumer peace of mind.”

The survey also found that consumers are wary about the prospect of data-rich big tech companies expanding into home and auto insurance.

67% of respondents said they wouldn’t be comfortable with a major tech company like Amazon insuring their home or car, and 40% said it would make them very uncomfortable.