More than half of wireless subscribers polled were extremely or somewhat satisfied with the security offered by their mobile operators, according to a mobile security survey released by Global Wireless Solutions (GWS). 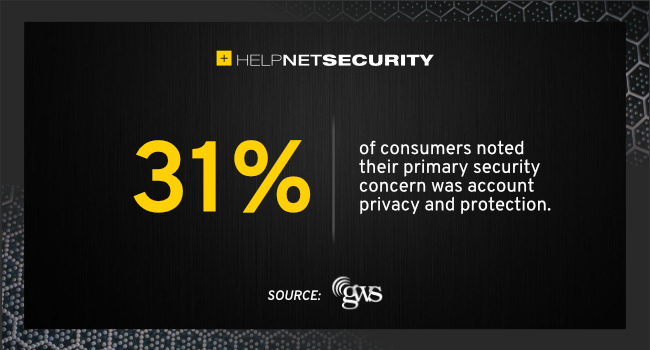 Even in this heightened cyber threat environment, 57% of wireless subscribers across the big U.S. mobile operators — AT&T, Verizon, and T-Mobile— expressed satisfaction with the mobile security being offered. This differs from the smaller operators (Boost Mobile, Cricket, MetroPCS, US Cellular and others) where only 51% of subscribers were satisfied with mobile security.

When asked to identify which mobile security aspect caused them the most stress, 31% of respondents noted their primary security concern was account privacy and protection. Protection of personal data received 27% of top concern votes while protection from viruses and malware received 19%. Survey respondents were least worried about blocking unwanted robocalls.

The survey included over 1,600 adult respondents and was conducted in June, 2021.

Who is responsible for security on mobile devices?

When asked to select who should be responsible for protecting data and personal information on their phone, most AT&T subscribers selected “themselves” as the responsible party (vs. the operator, the phone manufacturer, or the phone’s operating system); smaller operator subscribers also made the same choice.

By contrast, Verizon and T-Mobile subscribers were similarly divided on who should be responsible – their top choice was split between themselves and the operator.

34% of consumers used an operator pre-installed app, such as Digital Secure (Verizon), AT&T Mobile Security and McAfee Mobile Security (T-Mobile), to secure their phones. In addition to having pre-installed apps on their phones, consumers were more likely to download a free app (27% of respondents) rather than pay for an over-the-top (OTT) security app (16% of respondents).

Consumers are more confident in the big operators

Consumers are more confident in the big operators to protect them from viruses and malware threats. Most survey respondents agreed (vs. disagreed or weren’t sure) that their operator did a good job protecting them from viruses and malware threats, however, the difference between the big operator subscribers (64% agreed) and the smaller operator subscribers (53% agreed) is notable.

At the other end of the spectrum, the percentage of AT&T, Verizon and T-Mobile subscribers that disagreed with that same notion was around 7%; nearly half in comparison to smaller operator subscribers (13% disagreed).

Consumers trust their carrier to protect them from identity theft

Respondents strongly believe their account, billing and payment information are protected by their carrier from identity theft. 68% of the big operator subscribers believed that their operator protects their account, billing and payment information from identity theft. Smaller operator subscribers were less confident (60%) that their service provider protects them.

“In a heightened cybersecurity threat environment where breaches and attacks have become daily occurrences, our survey findings are notable because respondents, by and large, recognize and approve of mobile security efforts being made by their carriers,” said Dr. Paul Carter, CEO of Global Wireless Solutions.

“However, these results should not invite complacency. Hacks occur far too frequently for anyone to lower their defenses; the recent T-Mobile breach serves as a perfect example. Mobile security remains a shared responsibility between carrier and subscriber. Taking tangible steps like offering subscribers two years free of an OTT security app, as T-Mobile did in the wake of their hack, will foster both an improved and more secure user experience.”