Competition in the industrial robotics market is heating up, with worldwide investment expected to reach $210 billion by 2025 – more than double the amount in 2020. Companies are increasingly recognizing the commercial value that robots can bring to their business as they have the power to change what’s possible in the physical world. For example, Adidas’ STRUNG is a textile, industry-first robot that uses athlete data to make the perfect fitting shoes while reducing material waste. 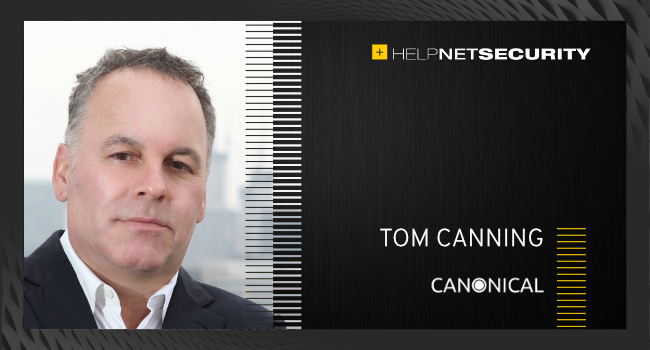 As the industry continues to become more competitive, robotics manufacturers are eagerly developing new machines with ever more impressive functionality. Many of these are built on the Robot Operating System, the standard open-source framework for robot application development.

There is, however, one key area of development robotics companies cannot overlook in the race to quickly get their robots to market, and that’s security. Businesses that develop and produce robots must ensure security is a priority from the moment the design of a robot is conceived, and not an afterthought. By doing so, they can ensure a robot is protected, and not seen as the weak link in an organization’s network.

Ensuring security starts at day one

As the demand for industrial robots grows, it can be tempting to rush through the development phase and ship them quickly. In doing so, businesses risk not securing robots from the beginning and will face the task of trying to retrofit security measures, which ultimately becomes impossible to do properly. This is because trying to go back and implement security means the robot is already exposed to vulnerabilities, such as hard-coded credentials, unencrypted development keys and various other security weaknesses.

A similar approach was taken with IoT security when the tech industry was too late to focus on it and many devices were shipped with weak password protection and an ineffective path and system update.

The fate of security in IoT and robotics are intertwined as the Internet of Robotic Things (IoRT) emerges where robots can monitor events, fuse sensor data from a variety of sources in its network, use this data to determine the best course of action then act to control objects in the physical world. As an industry, the tech sector overlooked the need for strict security measures for IoT, and we must ensure the same doesn’t happen with robotics.

This starts with a watertight, proactive security strategy that ensures that there are enough levels of protection in place. For instance, just having a password in place won’t be enough to keep hackers out. Multi-factor authentication should be implemented to ensure a business is doing all it can to keep its sensitive data safe.

But businesses can’t just implement security measures and consider their job to be done. Regular risk assessments must be carried out to identify, analyze and evaluate the risk to ensure that the cyber security controls they have chosen are still appropriate. Without doing so, a business can waste time, effort, and resources. Ultimately, a robot is another networked device within an organization that needs to be included in risk assessments and patched as needed.

Let’s get regulations in place

A big step in ensuring security is a high priority in robotics development should also involve the Robot Operating System (ROS). Up until now, the ROS hasn’t been built with security in mind, but it’s not too late to change that. ROS isn’t just software, it’s an international community of developers, academics and engineers who have made it their mission to make robots better.

As a result of this, the field of robotics has a huge pool of talent to tap into to optimize security protocols, but it isn’t currently taking advantage of this. If it did, the community could support each other in identifying vulnerabilities and reporting them, suggest ways to harden measures, follow and propose secure design principles, and apply recommendations from cybersecurity frameworks.

Regulations can also be put in place to add an additional layer of security. These already exist in other areas of tech, so why shouldn’t they be applied to open-source development? Regulations don’t have to be restrictive either, innovation-driven regulation, based on the collective views of developers and users within the community, can help to drive the development of open-source robotics security. As an example, the UK government’s proposed cybersecurity laws are set to cover the connected devices that make up the IoT and should be expanded to address robotics security.

The robotics market is set to grow exponentially over the next few years as more and more sectors understand the value it can bring. But it’s down to those who plan, design, and execute the robots themselves to ensure there are strict security protocols in place.

Robotics security is complex, but it’s important that businesses aren’t tempted to rush through the production process to keep up with the competition. Organizations must implement processes to build in security from day one, or risk losing their assets in the future.

The opportunities robots are set to bring businesses have the potential to be endless, but only if they are properly secured and those security strategies reviewed and maintained. If maintained, companies can expect to protect themselves from unnecessary losses and harm.