Netskope released a research highlighting the continued growth of malware and other malicious payloads delivered by cloud applications. The year-over-year analysis identifies the top trends in cloud attacker activities and cloud data risks from 2021 as compared to 2020, and examines changes in the malware landscape throughout 2021, highlighting that attackers are achieving more success delivering malware payloads to their victims and offering advice for improving security posture in 2022. 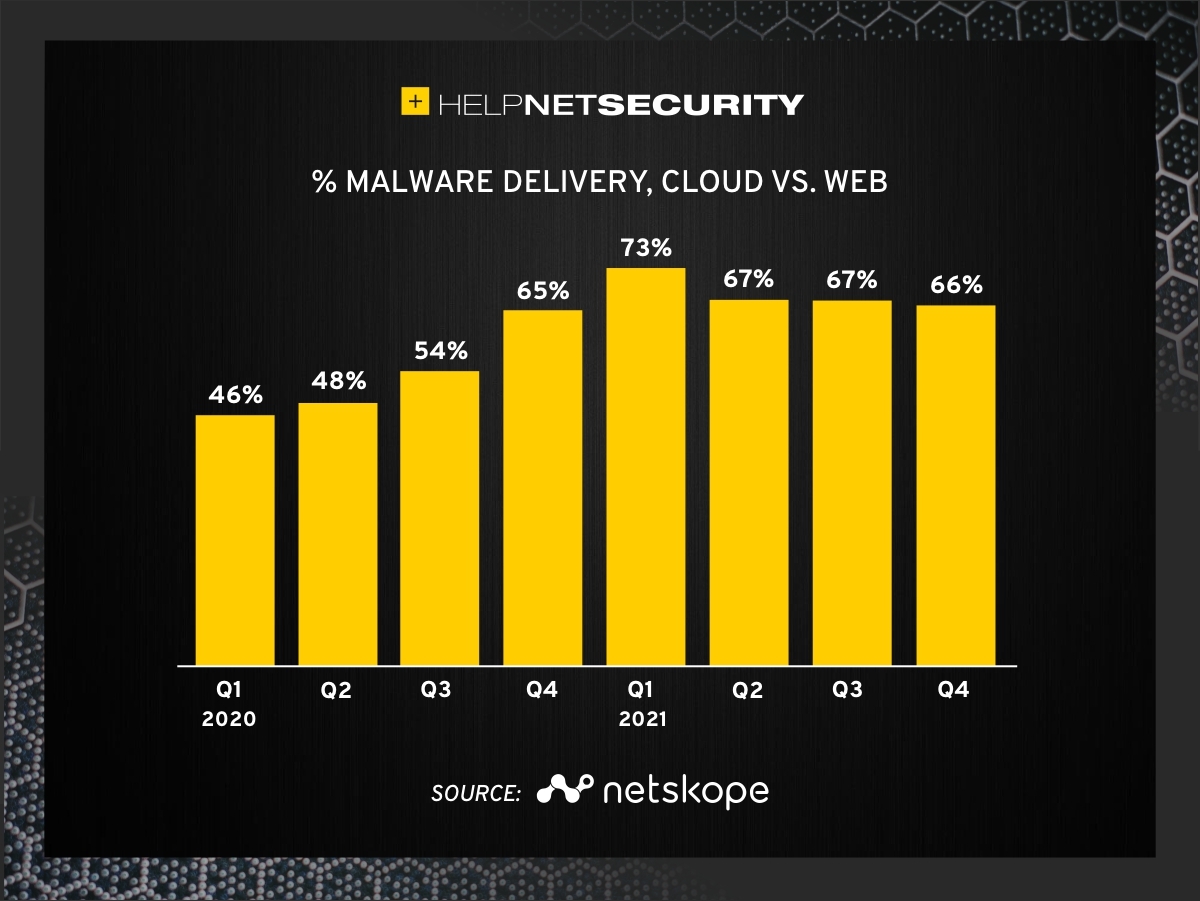 As the workforce becomes more distributed and stretches the limits of network and data security, organizations must apply modern security controls, such as Security Service Edge (SSE)-led architectures, to enable users the freedom to securely move about the cloud.

The prevalence of malware delivered by cloud applications

“The report serves as a reminder that the same apps that you use for legitimate purposes will be attacked and abused. Locking down cloud apps can help to prevent attackers from infiltrating them, while scanning for incoming threats and outgoing data can help block malware downloads and data exfiltration.”