SolarWinds announced the findings of its Public Sector Cybersecurity Survey Report. This survey includes responses from 400 IT operations and security decision makers, including 200 federal, 100 state and local, and 100 education respondents. 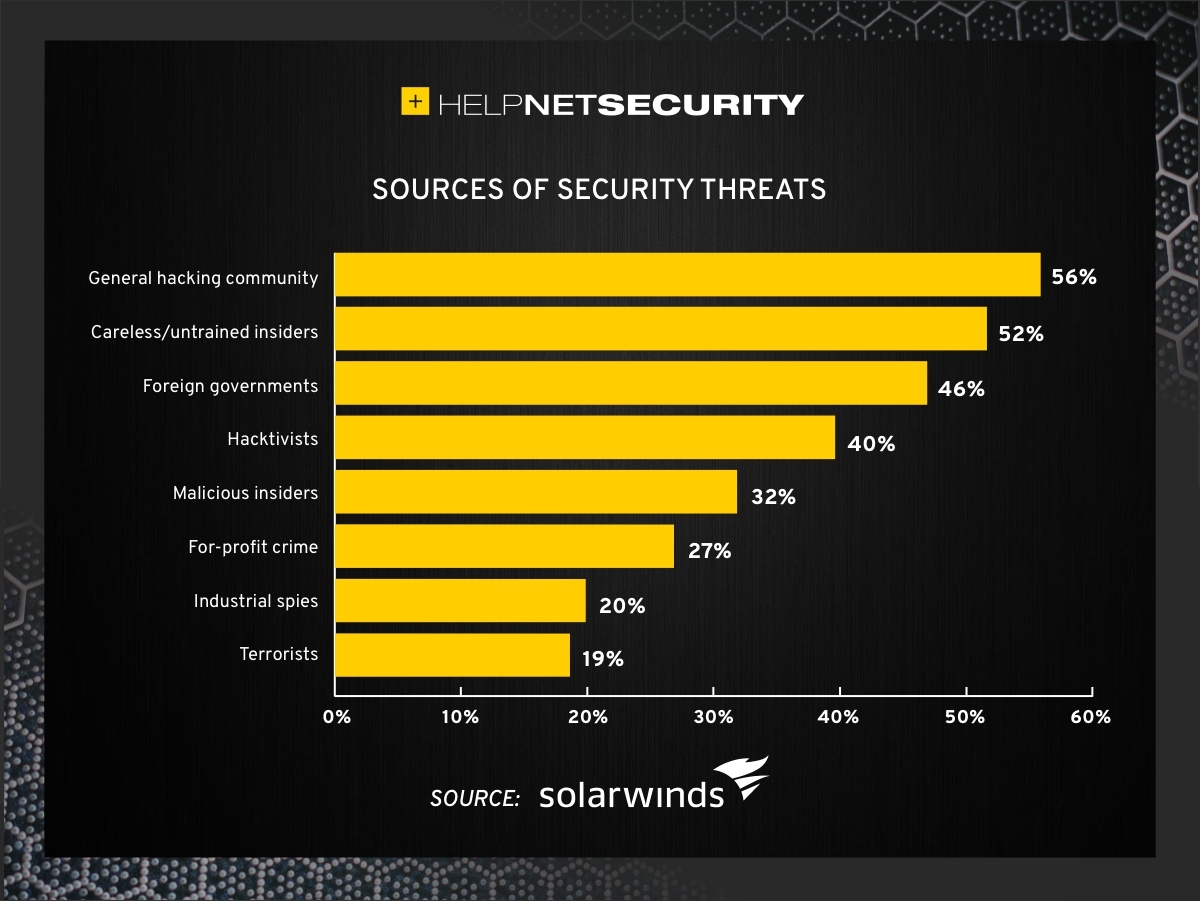 “These results demonstrate that while IT security threats have increased—primarily from the general hacking community and foreign governments—the ability to detect and remediate such threats has not increased at the same rate, leaving public sector organizations vulnerable,” said Brandon Shopp, Group VP, Product Strategy, SolarWinds.

“But the data also shows an increased awareness and adoption of zero trust, as well as a commitment to invest in IT solutions and adopt cybersecurity best practices outlined in the Administration’s Cybersecurity Executive Order. It’s through these steps that public sector organizations can enhance their cybersecurity posture and fight the rising tide of external threats.”

The state of cybersecurity in the public sector

The general hacking community (56%) is the largest source of security threats at public sector organizations, followed closely by careless/untrained insiders (52%) and foreign governments (47%). For the first time in five years, careless insiders were not listed as the top security threat.

Cybersecurity threats from foreign governments (56%) are responsible for the greatest increase in concern among public sector respondents.

When asked about specific types of security breaches, the public sector’s level of concern over ransomware (66%), malware (65%), and phishing (63%) has increased the most over the last year.

Time to detection and resolution have not improved at the rate of increased IT security threats and breach concerns.

Lack of training (40%), low budgets and resources (37%), and the expanded perimeter (32%) as a result of increased remote work continue to plague public sector security pros.

Public sector respondents suggest improving investigative and remediation capabilities, as well as reducing barriers to sharing threat information between public and private sectors, as the top priorities for compliance with the Cybersecurity Executive Order.

More than 75% of public sector respondents note their organizations rely on a formal or informal zero-trust approach.

The majority of public sector respondents realize the importance of IT security solutions and prioritize their investments highly in the next 12 months, with network security software (77%) being the top priority.

“Public sector organizations are increasingly concerned about the threats from foreign governments,” said Tim Brown, CISO and VP of Security, SolarWinds. “In looking at the survey data, it’s encouraging that a majority of the public sector is actively seeking to follow the roadmap outlined in the Administration’s Cybersecurity Executive Order, including enhanced data sharing between public and private sectors.”