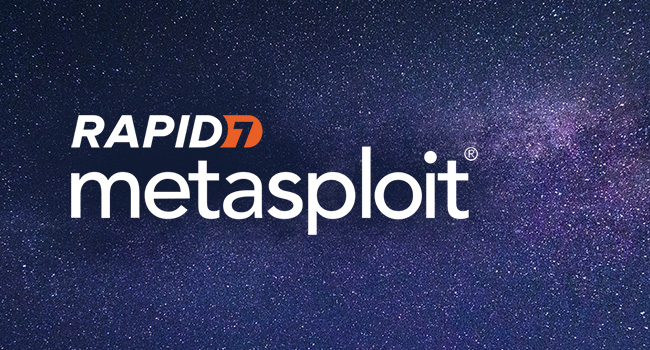 “Our continued focus for Metasploit is on on adding support for modern attacks so the community can highlight risk and test security controls for paths that attackers use regularly. Metasploit 6.2.0 continued this theme with SMBv3 server support, a new global capture plugin, and a slew of modules that target vulnerabilities that are actively exploited in the wild today,” Raj Samani, Chief Scientist at Rapid7, told Help Net Security.

Each week, the Metasploit team publishes a wrap-up with granular release notes for new Metasploit modules. Below is a list of some recent modules that pen testers are actively using on engagements (with success).

VMware vCenter Server Unauthenticated JNDI Injection RCE (via Log4Shell) by RageLtMan, Spencer McIntyre, jbaines-r7, and w3bd3vil, which exploits CVE-2021-44228: A vCenter-specific exploit leveraging the Log4Shell vulnerability to achieve unauthenticated RCE as root / SYSTEM. This exploit has been tested on both Windows and Linux targets.

F5 BIG-IP iControl RCE via REST Authentication Bypass by Heyder Andrade, James Horseman, Ron Bowes, and alt3kx, which exploits CVE-2022-1388: This module targets CVE-2022-1388, a vulnerability impacting F5 BIG-IP versions prior to 16.1.2.2. By making a special request, an attacker can bypass iControl REST authentication and gain access to administrative functionality. This can be used by unauthenticated attackers to execute arbitrary commands as the root user on affected systems.

Dirty Pipe Local Privilege Escalation via CVE-2022-0847 by Max Kellermann and timwr, which exploits CVE-2022-0847: A module targeting a privilege escalation vulnerability in the Linux kernel starting with version 5.8. The module leverages the vulnerability to overwrite a SUID binary in order to gain privileges as the root user.