Web companies are most likely to lose your data, a study shows. The study, conducted by VPN Overview, analysed major data breaches that have been registered since 2004 to discover which industry is most prone to losing data. 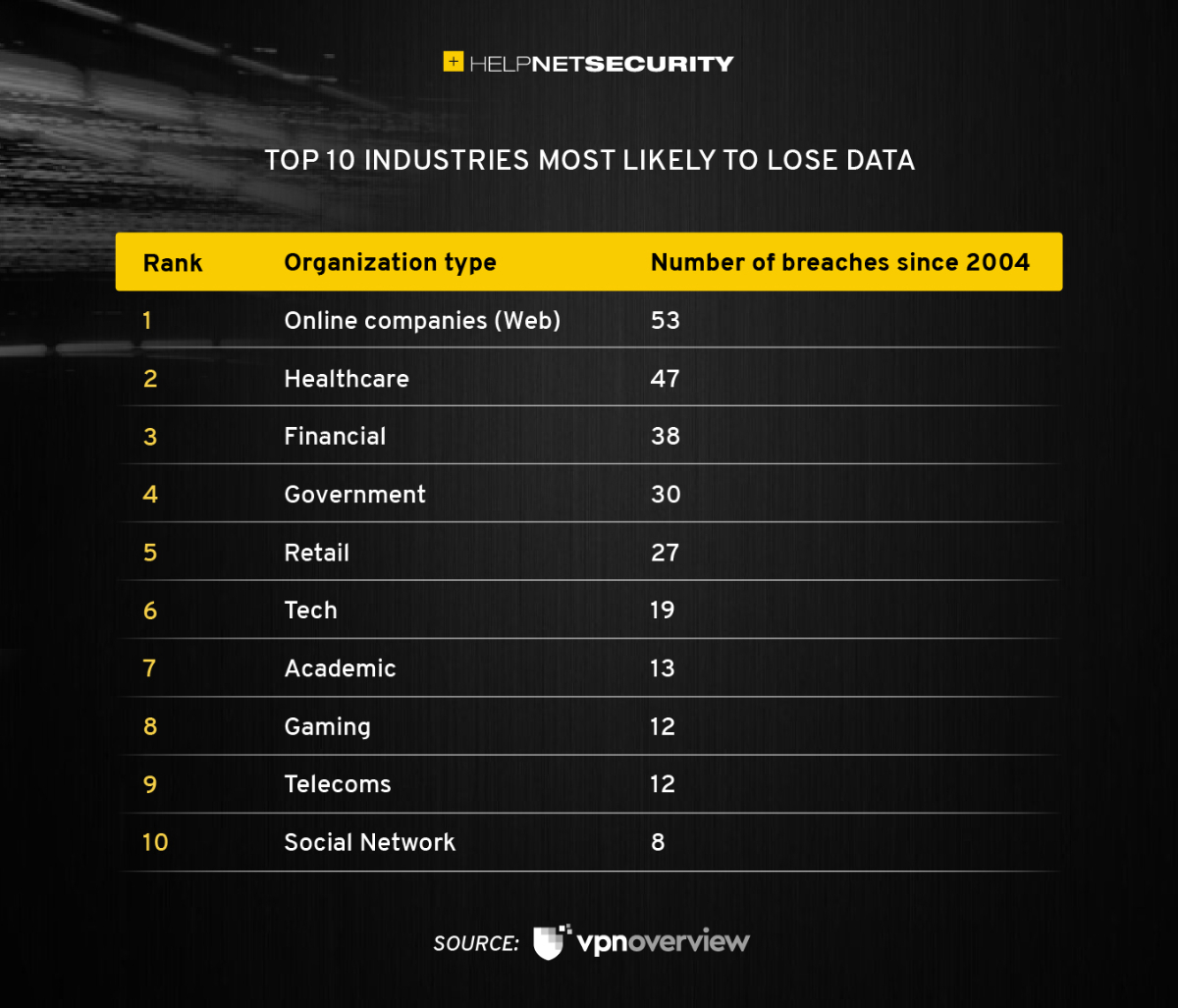 Online companies come in first, as since 2004 there have been 53 data breaches within the sector, for a rough total of over five billion pieces of data lost. 81% of these breaches have been caused by hacking, followed by accidental publication (7.4%) and poor security (3.8%).

Three billion records were breached in the 2013 Yahoo hacking, which was reported by the company four years later in 2017 and stands as the largest data breach in history – it has been said to have affected all Yahoo users.

Second on the list is the healthcare industry, with 47 data breaches in the last 18 years, for a total of almost two hundred million records. Within this number, 43% of cases were due to a stolen computer and/or stolen media, 38% were hackings and 10% were because of poor security.

The biggest data breach in the healthcare industry was suffered by Anthem, the second largest health insurer of the United States, in 2015 when 80,000,000 records were hacked. The attack targeted personal information such as social security numbers, emails, home addresses and employment information.

The financial industry comes in third, with 38 data breaches for a total of almost two billion records lost. 50% of the instances were data being hacked, 18% of the breaches were due to stolen media, 16% were breaches by an insider of the company and 5% due to poor security.

Within the industry, the biggest leak was in 2019 when 885,000,000 records from insurance giant First American Corporation’s website were found to be publicly accessible. The breach included bank account details, social security numbers, wire transactions and other mortgage paperwork dating all the way back to 2003.