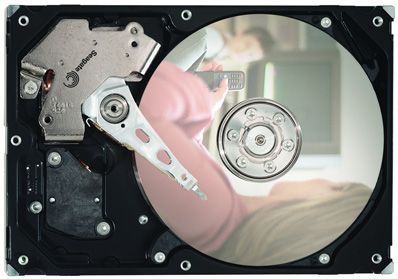 Concerns about terrorism and crime across countries have forced citizens and governments around the world to make public safety and security a top priority and invest in it accordingly. Another major market are retail business establishments which are increasingly relying on security systems to help them manage their businesses. Video security and surveillance technology is in a rapid shift from legacy tape based systems to digital systems employing hard drive storage. IMS Research indicates the worldwide estimate for video surveillance equipment was 4.2B in 2004 with a CAGR of 14% by 2009.

Digital video security systems now enable sophisticated software capabilities to automatically preview and flag security events in seconds, where manually reviewed images would have taken days or even months to locate similar information. High resolution image capture is moving the quality of stored video from grainy and marginally useful to crisp and incredibly detailed images used to capture criminals, save lives and improve business practices in a wide variety of industries. At the heart of these capabilities are massive and reliable hard drives, enabling the storage of incredible amounts of digital video data while also providing unprecedented fast access and review of recorded video not possible on legacy tape based systems.

Analysts predict that the convergence of access control technologies with other security systems, like biometric and Video surveillance equipment, are likely to enhance the demand over time.

Digital video recording systems for surveillance are often designed to include multiple hard drives to store the massive amounts of information collected. This can result in difficult power management challenges both at
system start time as well as during operation. The Seagate SV35.2 Series hard drive provides a low start-up current (~2.0A) that enables the use of efficient, low cost power supplies. In addition, the SV35.2 Series enables real-time power-saving modes when not in active use. This allows for much more efficient system cooling, which in turn can dramatically improve overall system reliability.