January 2007 saw Image spam reach its highest peak accounting for 52% of all spam. As Image spam decreased Symantec has observed that the average message size has also decreased significantly.

By analyzing Image spam recorded in the last 90 days Symantec notes that 84% of Image spam has an average size of between 10kB-50Kb. When you consider spam messages in to- tal between November 2007 and January 2008, only 5% now fall into the 10kB- 50Kb with the majority (64%) of messages falling into the 2kB-5KB range. Large message size can put inordinate strains on mail infrastructures and could possibly prevent end users from receiv- ing legitimate email. Further analysis by Symantec shows that the percentage of total spam that contains an attachment such as an Image accounted for less than 8% of all Spam in January 2008. 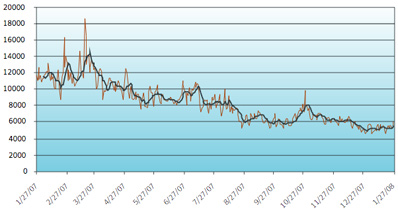 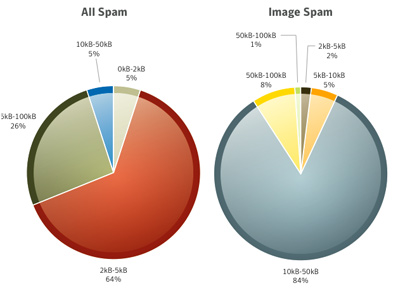 Percent of Total Spam that Contains an Attachment 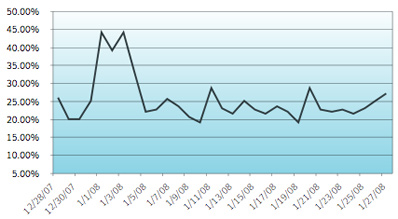