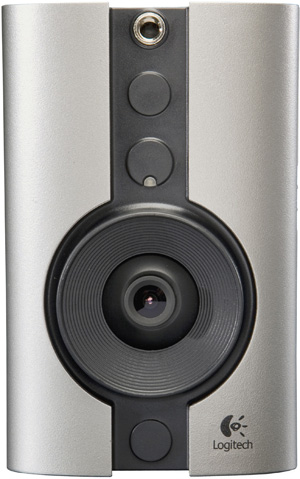 To give you maximum convenience, Logitech’s wireless video security system uses innovative HomePlug technology, which connects and transmits video data over your home’s existing electrical wiring. As a result, you’ll be up and running in 15 minutes – with no new wires to run and no network configuration. In fact, it only takes three simple steps to secure your home: Install the Logitech Command Center PC software, connect the USB receiver and plug in your camera(s). Plus, HomePlug encrypts your video, so it’s secure.

Once you’ve installed your camera(s), you can watch live video or review recorded video. The intelligent cameras detect motion and record video directly to your PC’s hard drive for easy playback and archiving. To give you easy access, the intuitive PC-based interface lets you easily navigate and set your preferences.