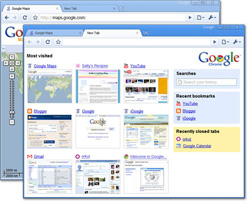 CVE-2009-1442: Integer overflow in Skia 2D graphics
A failure to check the result of integer multiplication when computing image sizes could allow a specially-crafted image or canvas to cause a tab to crash and it might be possible for an attacker to execute arbitrary code inside the (sandboxed) renderer process.