The third DeepSec In-Depth Security Conference will take place from November 17th to 20th at the Imperial Riding School Renaissance Hotel in Vienna. 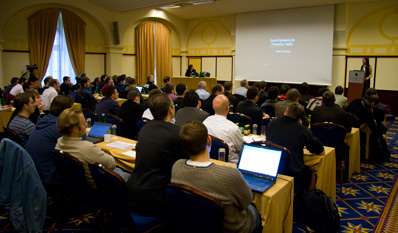 You can submit proposals for trainings and conference talks. All proposals received before July 15th 2009, 23:59 CEST will be considered by the program committee.

Please do not submit specific single exploits (which might be fixed by the time of the conference) and “yet-another-XYZ-hack”, script kiddy content or similar “breakthroughs”. Exploit frameworks, general approaches, “defective by design” resp. “defective by implementation” and high impact exploits have a much higher chance to get accepted.

Topics of special interest include: