A little more than a year has passed since Terry Childs has been arrested. An administrator of San Francisco’s FiberWAN network, he has been accused of four separate hacking charges of computer tampering following his denial to hand over the password needed to access the network. 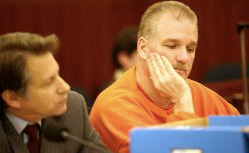 According to the SF Examiner, following a year long drawing out of the case in court, Superior Court Judge Kevin McCarthy made the prosecution drop three of those four charges because of insufficient evidence. The only charge that stuck was that he deliberately locked the authorities out of the network, and to this charge he pleaded “not guilty”.

InfoWorld blogger Paul Venezia is of the opinion that this particular charge is one he shouldn’t be facing because the “denial of service” statute which they claim he violated was written with crackers in mind, not personnel who’s job was to administrate the network. Additional weight to this claim gives the fact that he configured the network in such a way that it suffered no downtime, no damages, and was still available for use to employees.

Now that Childs has been charged and the “real” trial begins, it remains to be seen if denying the password was a decision made to compromise the network, or to protect it from people who don’t know how to administrate it and could potentially wreak havoc.