A couple of hours ago, Twitter web site appeared to be defaced by someone called “Iranian Cyber Army”. The situation was fixed and as it turned out, hack was a result of DNS hijacking. 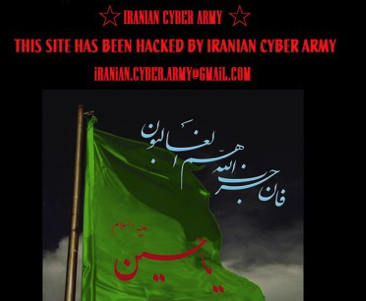 Twitter’s DNS records were temporarily compromised but have now been fixed. We will update with more information soon.

As we tweeted a bit ago, Twitter’s DNS records were temporarily compromised tonight but have now been fixed. As some noticed, Twitter.com was redirected for a while but API and platform applications were working. We will update with more information and details once we’ve investigated more fully.