Who would have thought that Renukanth Subramaniam, a 33-year old former pizza bar worker and dispatch courier, was the founder and one of the site operators of DarkMarket, the famous cybercriminal forum-slash-online market? And that his base of operations was a Java Bean internet cafe in Wembley, London? 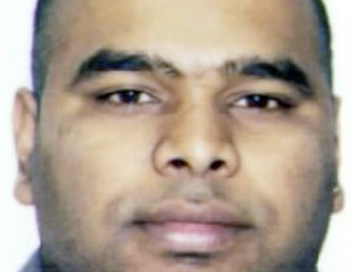 But, yes – there was a hint that such a thing is possible: Subramaniam (aka JiLsi) used to be part of ShadowCrew, a similar website that was closed down in 2004 by the US Secret Service.

As reported by The Guardian, DarkMarket has been also shut down by the US SS and the FBI, but not before it was infiltrated by an FBI agent that actually managed to become one of the site’s administrators under the assumed handle “MasterSplyntr”. It took him two years of active work to manage to gather enough information for mounting investigations and indictments.

According to Wired, there was a moment in late 2006 when the operation was put in jeopardy by the revelation that MasterSplyntr has been logging into the site from an FBI network, but the information was placed by the owner of a competing site and, therefore, disbelieved by the users of DarkMarket.

The FBI agent – at that moment still in character – announced the closure of the site on 4 October because of the recent arrest of a Turkish ATM fraudster that operated on the DarkMarket and whose arrest has attracted too much attention to the site from international law enforcement agencies.

The DarkMarket had around 2,000 members that bought, hired and sold credit card information, viruses and worms, botnets, and personal information. You could access it only by invitation, and there were strict rules that forbid members to scam each other. Offered wares were reviewed. Payment was executed via accounts on E-Gold or WebMoney.

At this moment, it is still unknown if other arrests will follow, but given the time the agent had at his disposal for research, it seems very likely that Subramaniam – who pleaded guilty to conspiracy for defraud and five counts of furnishing false information – will be just the first of many.