iTunes routinely makes backups of iPhones and iPods being synced to it. Such backups contain a plethora of information, essentially all user-generated data from the device in question.

Starting with iTunes 8.2 and iPhoneOS 3.0 it became possible to protect iTunes backups with a password. After you specify protection password, no backup data leaves or enters device unencrypted. The data is encrypted on the device, transmitted encrypted and saved encrypted on the hard disk.

If you need password recovery of password-protected iPhone and iPod touch backups made with iTunes, you’re in luck because now there’s an app for that! Elcomsoft released the first public beta of Elcomsoft iPhone Password Breaker and a free version is available for download. 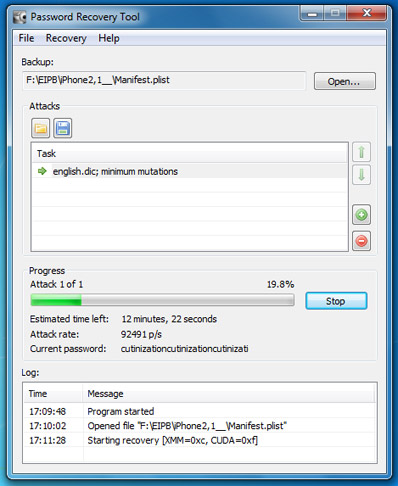 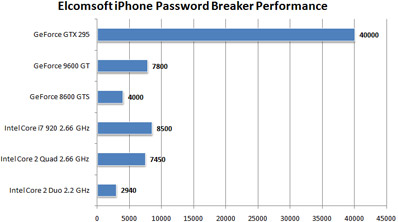 The software does not use Apple iTunes, and does not need to have it installed.

Advanced iPhone Password Breaker supports an advanced dictionary attack with customizable permutations. Since the majority of users choose meaningful, dictionary-based passwords that are easier for them to remember, this tool is able to recover such passwords and their variations quickly and efficiently no matter which language they are.

The software increases the speed of password recovery when one or more supported video cards are present. GPU acceleration reduces the time required to recover iPhone/iPod backup passwords by orders of magnitude. The latest generation of ElcomSoft GPU acceleration technology supports unlimited numbers of ATI or NVIDIA boards such as NVIDIA GeForce 8, 9, and 200 series and ATI RADEON 4800 and 5000 series. 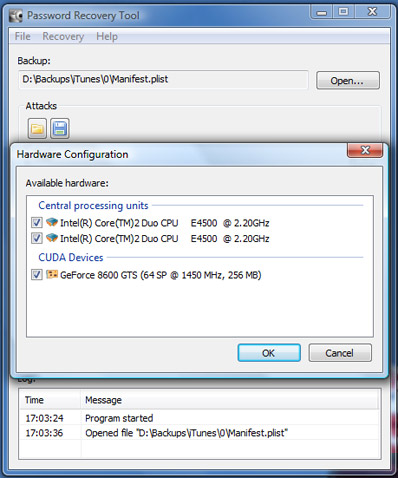