Popular online retailer ThinkGeek is – like many other retailers – sometimes targeted by fraudsters. To diagnose potential fraudulent orders, they usually double-check orders that sport a billing address in one country, and a shipping address in another.

One of the latest attempts was rather poorly executed, but must have made customer service personnel laugh – and here’s why: 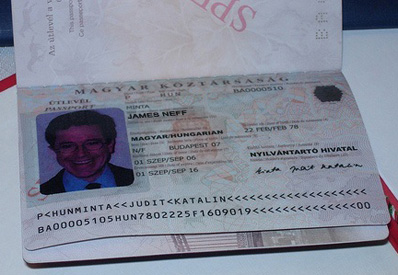 When asked for a photo ID, the customer – one “James Neff” – has sent in a photoshopped version of a photo that can be found on the Internet and is of a sample passport that famous comedian and television host Stephen Colbert received from the Hungarian Ambassador to the U.S when he appeared on his show. In the original picture, the name on the passport is Colbert’s, but “James Neff” photoshopped (badly) his name over it. 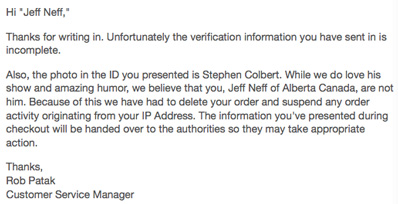