Sophos announced SafeGuard Disk Encryption for Mac, which protects against data breaches of confidential and private information on MacBooks and Macs. 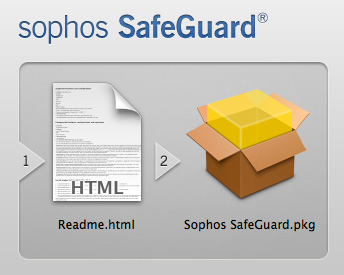 Today, businesses are increasingly adding more Macs to their network. It’s not just small businesses, graphic design agencies, and academic institutions using Mac computers. According to a recent Gartner report, IT departments at mid-to-large companies are feeling the pressure to accommodate employees and contractors who purchase Mac computers with their personal funds and want to incorporate them into their daily work lives.

Like PC users, Mac users store confidential company data, personally identifiable information (PII) such as credit and debit card numbers, dates of birth, and financial information. However, the data stored on Macs often does not have the same level of protection that PCs have, which could put companies at risk.

The loss of PII – whether accidental or intentional – can have far-reaching negative effects. If unencrypted data were intercepted or fell into the wrong hands – cybercriminals, disgruntled employees, or competitors – it could be devastating to a business. Customers would lose confidence, which translates to lost business, likely followed by negative press and fines for noncompliance.

Many organizations are required to comply with a number of regulations and standards seeking to protect PII, including the Data Protection Act and the Payment Card Industry Data Security Standard (PCI DSS). If a breach of any magnitude occurs as a result of not having data encrypted, the company will face penalties and fines, legal action, and potential criminal charges.