A rather industrious worm has been detected by Trend Micro threat analysts, and it usually infects users who have been careless enough to click on a link offered in a variety of unsolicited emails. 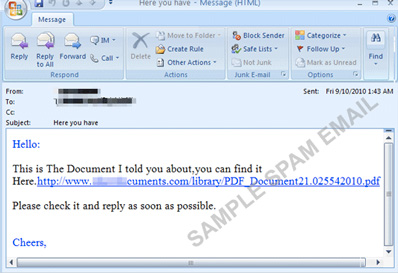 The emails use various approaches. Sometimes it’s a “Document I told you about”. Other times it’s a “Free download of a sex movie” or a job application letter. In any case, the presented link points to the worm.

When executed, the worm does a whole bunch of things:

The interesting thing is that Trend Micro has detected the packed version of this same worm a while back, so they speculate that the criminals behind this version have managed to get their hands on the original code and adjusted it to their needs.