Young people and old people use the Internet differently, and their privacy expectations vary.

Young people are very fluent with social media – but not necessarily technically fluent. They’re used to living more of their lives in public – a thing that before was reserved only for celebrities. They also care a lot about having control over their data – they care about their parents or teachers having access to it. But, interestingly enough, they are also more trusting of governments and corporations. They’re likely to mind security cameras or screenings less that older people.

Or, at least, so says Bruce Schneier, BT Counterpane’s CTO and renowned security critic and author. At this year’s Network and Information Security Summer School organized by ENISA in Greece, with the general theme “Privacy and Security in the Future Internet”, he talked about the generational gap that divides users and their attitude towards privacy. 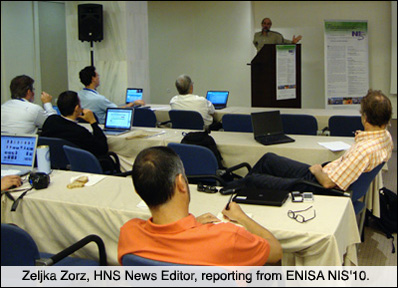 He also talked how, generally, our privacy expectations are higher than the actual privacy we can get. He says that, contrary to what people might think, users are not Google’s customers – advertisers are. It is in their interest that users share as much information about themselves as possible, and use their services as often as possible – and that’s why they talk a lot about privacy and privacy settings, but actually do little. They’re trying to change the privacy balance in their favor, and they are concerned by what is possible, what is legal and what is sellable.

Schneier says that at this day and age everything we do produces data, and that this data is collected somewhere. Our communications and actions used to be informal, but not everything is stored and researchable. Basically, we’re leaving massive digital footprints. And “systems never forget,” he says.

People have very little control over their privacy. As we judge previous generations about not giving enough attention to the issue of pollution, he thinks that this generation will be judged if they don’t get a hold on the privacy issue and resolve it. A great problem with all of this is that the legal system can’t keep up with the fast pace in which the technology changes.

“I would like to see laws that are technologically invariant, but that’s hard to do. I’d like to see more active legislation for protecting privacy,” Schneier says.

When asked if educating, teaching young people about privacy could be a good idea, he seemed somewhat skeptic – “What are the right privacy decisions, anyway?” And he also noted that we have been trying to educate the public about choosing a strong password for years – and we all saw how this went. And this is much, much harder.