Spam emails seemingly coming from a credit card company have been hitting inboxes and trying to scare users into downloading and running the attached malicious file: 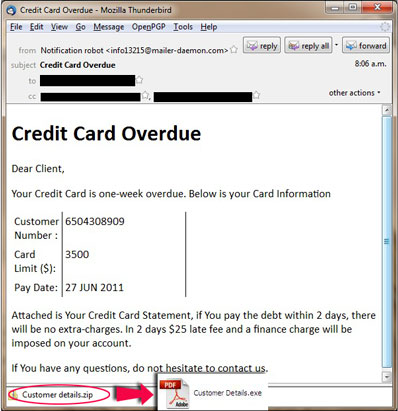 According to M86 Security, the credit card company is not named since the spammers are trying to target all credit card owners, and the attached file – supposedly a credit card statement in a PDF file – is actually a downloader Trojan.

Once run, the Trojan retrieves and downloads a fake computer performance solution named Windows XP Repair, which tries to convince the users that their computers are full of errors. Of course, to repair those errors, the users are urged to buy the full version of the solution.