Nearly half of organizations experienced data loss from the world’s two most used e-mail and enterprise content management applications, Microsoft Exchange Server and Microsoft Office SharePoint Server, in the past year, with 59 percent reporting that it took at least half of a business day to recover from that loss. 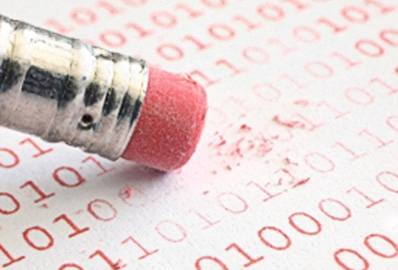 This is a key finding from a recent survey conducted by Kroll Ontrack of 326 IT managers, engineers and sales personnel from global corporations.

Forty-two percent of organizations reported experiencing at least one Exchange or SharePoint data loss in the past year, with 25 percent reporting multiple data losses. The degree of severity of data loss varied, with 20 percent categorizing their loss as a level one, defined as a severe disruption, such as a down system.

“For many businesses, regardless of size, the use of e-mail means everything from simple internal communications or vital customer sales calls to invoicing and billing,” said Jim Reinert, VP of product development, Kroll Ontrack. “E-mail – and Exchange – is involved at every level of business life. Losing that information is debilitating, putting a great deal of recovery and restoration requests and thus burden on IT.”

When asked how long it took to recover from their most recent Exchange and SharePoint data loss, 59 percent of organizations reported losing at least half a day, 14 percent lost multiple days and five percent claimed they never recovered from the loss. To restore the lost data, 26 percent reported that they leveraged an existing backup.

This was followed by 21 percent, who leveraged an in-house capability, 18 percent who actually recreated the data and 14 percent who used a data recovery software tool. Sixty percent of respondents said the financial impact of their data loss was $50,000 or greater and three percent experienced a loss of more than $1 million.

“Based on the results of this survey, it is clear that data loss events on these business critical applications remain an ongoing challenge for IT,” added Reinert. “A single data loss and recovery event can escalate very quickly and become extremely expensive to an organization. However, there are tools that can granularly restore items, messages, attachments and even notes and contacts, eliminating the need for a backup recovery server. Tools that function in this capacity can save companies over 50 percent of restoration time when compared to using traditional methods.”

Three hundred and twenty six individuals participated in this survey. Fifty-seven percent were IT personnel, 17 percent were engineers, 14 percent represented sales, four percent were marketers and eight percent were identified as other.