Compass-EOS announced r10004, the first in a family of next-generation, core-grade modular routers.
The r10004 is three times smaller than comparable core routers and supports a mix of 100GbE and 10GbE ports. 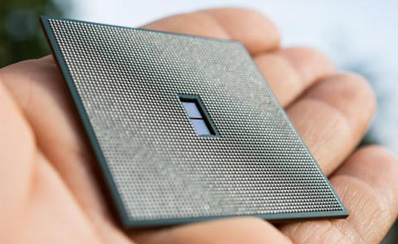 The technology integrates optical and electronic components onto a single microchip. This represents a cross-disciplinary achievement which has been pursued by industry giants for years without success. It has long been accepted that direct silicon-to-photonics technology would be a required breakthrough to achieve order-of-magnitude Internet speed increases.

Each r10004 can serve as a modular router building block for the deployment of scale-out routing, enabling software-defined networking (SDN) and other approaches such as network function virtualization (NFV).

“Addressing the electronic interconnect barrier through a technology like photonics is essential in keeping Moore’s Law on track,” said Vernon Turner, Senior Vice President at IDC. “Silicon photonics is still in the research phase of product life cycles, but Compass-EOS has emerged from stealth mode with this offering, thus giving them a clear lead in the race to eliminate network bottlenecks − something that should greatly interest service providers.”

“A major concern for service providers today is how to scale their networks while simplifying operations and improving utilization. We set out to address that concern by building a new breed of routers,” said Gadi Bahat, CEO of Compass-EOS. “Our revolutionary router design built on icPhotonics simplifies the network, brings about cost savings, moves service providers toward SDN and network virtualization, and allows for better utilization.”