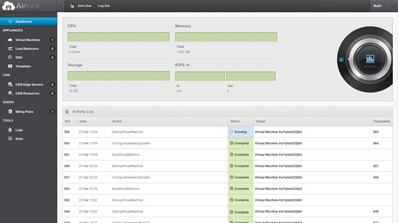 “When I was a security consultant I built a number of custom security solutions, but only large corporations with massive budgets could afford true, enterprise-level security in the cloud,” said Airlock co-founder and CTO Austin Saucier, who built the Airlock cloud platform from the ground up.

In addition, Airlock partnered with JumpBox to integrate its entire library of more than 60 fully functional applications and development frameworks like WordPress, Joomla, Drupal, LAMP, Magento and Ruby on Rails, plus the top Linux distros like Ubuntu, CentOS and Fedora.

Airlock also offers a supercharged CDN with 133 locations in 39 countries, which can increase content delivery speed by up to 70 percent.