Update: Wednesday, 12 February 2014 – After several months of constant problems with the service, countless bugs, bad customer service and a depressive desktop application, I’m moving away from MediaFire. At this stage I would never recommend this service to anyone.

During the past year I’ve tried several popular cloud backup services and most were a bitter disappointment. You realize how misleading some high profile reviews are only when you actually use one of these “industry-leading” services. Hidden behind those stylish websites are slow speeds, severely buggy apps with dubious design choices, and terms of service that make you re-evaluate that CD backup plan you had back in 1998.

I opted not to write reviews since there was basically nothing positive to say. Which leads me to MediaFire, one of the few services that actually made me take a closer look.

MediaFire on the web

Your first point of contact with this solution is going to be their website. Opening an account is simple and the interface you get to work with is uncomplicated and easy to understand, even for inexperienced Internet users. 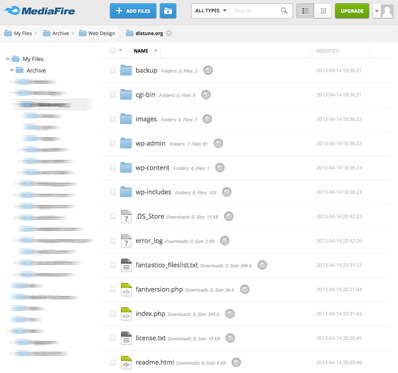 Uploading, viewing, organizing, sharing and editing supported files is done quickly, with a responsive interface that leaves no room for interpretation.

To make uploads exceedingly easy, you can drag-and-drop files anywhere in the browser window and they’ll be uploaded to the currently open folder.

The web version of MediaFire is not only designed with accessibility in mind, but provides a solid interface for working with files. Let’s say you have a collection of PHP files and you need to check some code before you share the file with a client – you can do that in a heartbeat: 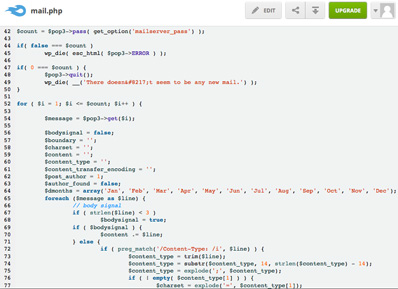 Sharing the file offers a variety of possibilities. You can get a link, share over e-mail, use an HTML and forum embed code, and even offer a file as a one-time download: 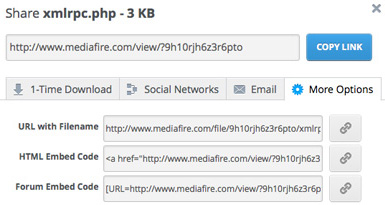 Security-conscious users will be happy to learn that SSL is available for all users, regardless whether they’re on a free or paid plan. This is a bonus if you need to use MediaFire over an insecure network, especially when on the move.

To facilitate file sharing on the desktop you can install MediaFire Express. It’s much easier to keep track of a lot of files via the application instead of having a browser tab open: 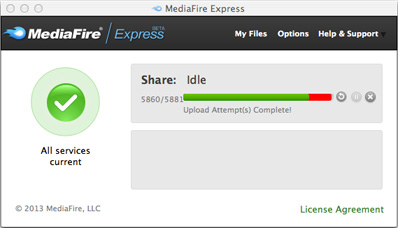 While the app is minimized, a widget stays visible on your desktop and offers a quick look at what’s currently uploading:

Thankfully, when discussing these shortcomings with MediaFire, I learned that an entirely new version is coming by the end of May 2013. Fingers crossed, it will take care of all the bugs and introduce new features.

The iOS app is light years away from the desktop app – it works perfectly. You can see your images in galleries, move, delete and share certain files. The polished interface works smoothly and it’s exceedingly simple to use. Since I installed the app, I find myself organizing files mainly on my iPhone, not on my desktop computer. 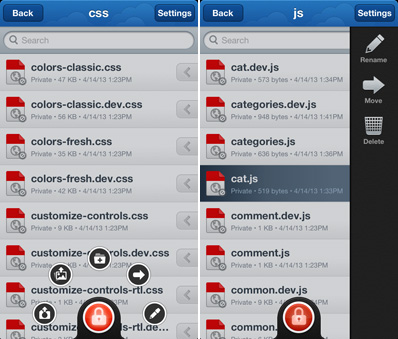 Video streaming works well, and this is a huge plus for anyone with a large library of clips. By using the MediaFire app you can view and organize your collection on the go. 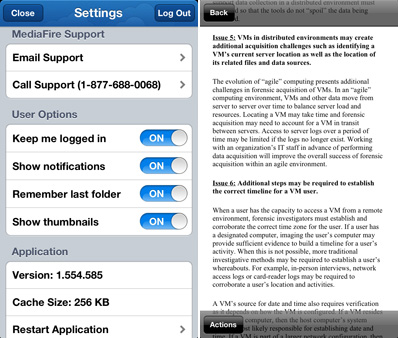 Developers that need to work on the go would benefit from having the ability of viewing files such as CSS and PHP, let’s hope the MediaFire developers take that into consideration for future updates.

Since I travel a lot and take lots of photographs, I can only hope MediaFire will include an AirPlay option in a future version. This way I’ll be able to showcase photos directly on my TV from the MediaFire folders using an Apple TV.

MediaFire is a well-rounded service that has quickly become part of my daily workflow. It comes with an effective web interface, a feature-rich iOS application and responsive support team. No wonder they have 150 million users, I estimate they’ll get many more if they continue improving.