Windows 8.1 is scheduled to be released at the end of 2013, and among the various changes that Microsoft aims to implement in it is native support for fingerprint readers, so that fingerprint-based authentication becomes an integral part of the users’ experience. 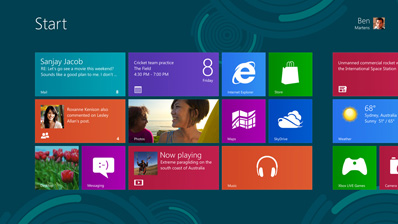 So far, Windows has been supporting fingerprint readers only via drivers and software offered by third parties.

But, things are about to change as the company is working with PC and equipment manufacturers and is encouraging them to include fingerprint readers in mobile computers (laptops, tablets) as well as input devices such as keyboards and computer mice.

According to The Verge, users of this Windows version will be able to use their fingerprints to seamlessly log into their computer, Microsoft account, lpps, and sign off on online payments. They will also have the option of locking (and unlocking) private folders with it.