Thirteen individuals have been indicted by the Manhattan District Attorney for stealing victims’ banking information with skimming devices at gas stations throughout the Southern United States, and using that information to steal, and then launder, more than $2 million using ATMs and banks in Manhattan. 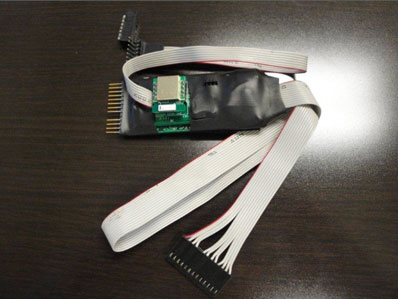 The defendants are also charged with laundering the stolen money by making cash deposits and withdrawals of stolen proceeds under $10,000 in more than 70 different bank accounts.

The four lead defendants – Garegin Spartalyan, 40, Aram Martirosian, 34, Hayk Dzhandzhapanyan, 40, and Davit Kudugulyan, 42 – are charged within the 426-count indictment with money laundering, possession of stolen property, grand larceny, possession of a forgery device and forged instruments in the Second Degree.

The additional defendants are each charged with money laundering.

According to documents filed in court, the top four defendants used credit card skimming devices to copy credit and ATM numbers, as well as PIN numbers, that individuals used at Raceway and Racetrac gas stations throughout Texas, Georgia, and South Carolina.

These top defendants then allegedly encoded that stolen information onto forged cards. From approximately March 2012 to March 2013, they used those forged cards to withdraw cash at ATMs in Manhattan, and then deposited that stolen money into bank accounts in New York that they had established. The other members of the scheme then promptly withdrew that money at banks in California or Nevada.

Each of the defendants’ transactions was under $10,000. They were allegedly structured in a manner to avoid any cash transaction reporting requirements imposed by law and to disguise the nature, ownership, and control of the defendants’ criminal proceeds. From March 26, 2012, to March 28, 2013, the defendants are accused of laundering approximately $2.1 million.