An HID Global survey of 600 respondents revealed enterprise end users’ perceptions about change and the importance of industry best practices, and how well today’s technology and policy best practices are being implemented. 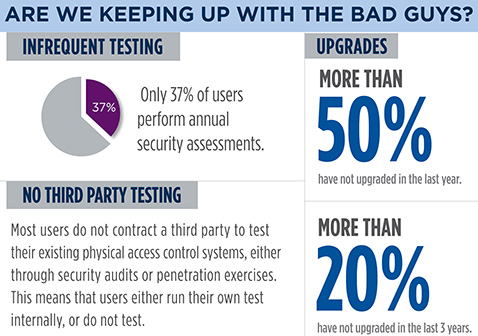 The attitudes uncovered in the survey affect how well organizations can defend against increasingly dangerous and costly security threats, both now and in the future.