At the F8 developers conference on Wednesday, Facebook announced that users will soon be offered the choice to login to third-party apps anonymously.

“People tell us they’re sometimes worried about sharing information with apps and want more choice and control over what personal information apps receive,” the Facebook team revealed, and these users will soon have their wish fulfilled. 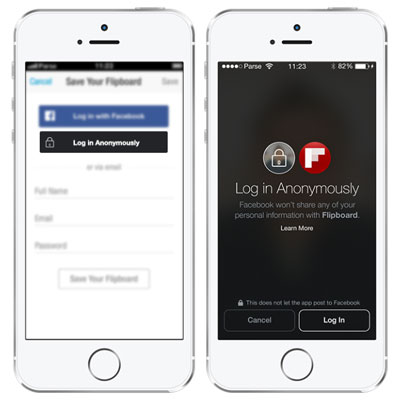 Another change they unveiled at the conference is granular Facebook Login: users will be able to pick and choose what information they do and do not want to share with an app when login in with their Facebook credentials, and also to prevent the app from posting to Facebook on their behalf. 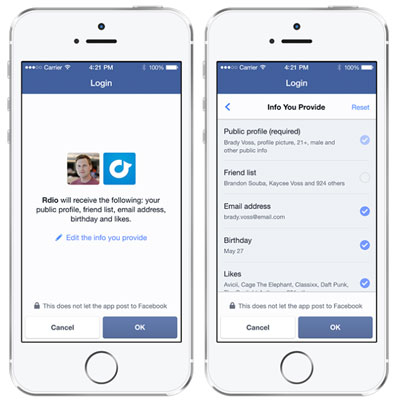 The changes are expected to be implemented across the board in a few months. Users can apply for the Anonymous Login beta.

If you are wondering how come Facebook has decided to throw this bone to the privacy-hungry users, the explanation lays in another new thing that Facebook is working on: an mobile ad network similar to Google’s.

You see, the information you deny to the apps is still collected by Facebook, and will be used to show you targeted ads. The ads will be placed inside the apps, and Facebook and the app developers will share the revenue.

The thing is, with the increase number of people valuing their privacy, they simply decide not to use the app at all if they can’t trust it. This way, the users are more easily reeled in, and the developers hope that they will later decide to share their information with them.

“This is a smart defensive move by Facebook,” said Rob Shavell, CEO of Abine. “We’ve seen the percentage of consumers using DoNotTrackMe to register anonymously double in 2014. Facebook is rightly afraid of the growing trend of consumers demanding more online privacy and control of their online identities.”

“While this is a step in the right direction for Facebook, the feature’s sole purpose is to make more money,” Abine commented the changes. “Anonymous Login will generate more registrations since people will have less fear over data sharing. It also keeps Facebook’s user data out of developers’ hands, which means those companies will have to pay for it. These factors will drive bigger advertising profits.”