With the intention of preserving bandwidth, the telecommunications industry has written a harmonized standard that does not allow industrial wireless control systems to function. 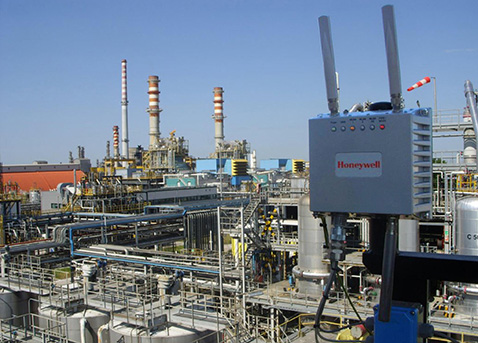 The European Telecommunications Standard Institute (ETSI) is now blocking the harmonization of a European standard, which facilitates co-existence management of Industrial communication networks under the R&TTE directive. This restriction is likely to make Europe lose significant competitive ground in the industrial wireless field.

ETSI, are officially recognized by the European Union as a European Standards Organization and have written the harmonized standard: EN 300 328 V1.8.1, a standard that amends the existing rules for all devices using the publicly available radio band. The band includes millions of devices using WiFi, Bluetooth and Zigbee technologies. This means it will have a major impact on manufacturers from all sectors once it comes into force, on January 1, 2015.

It is a harmonized EN standard covering the essential requirements of article 3.2 of the R&TTE Directive, which states that “in addition, radio equipment shall be so constructed that it effectively uses the spectrum allocated to terrestrial/space radio communication and orbital resources so as to avoid harmful interference.”

“With the intention of effectively using the spectrum, the telecommunications industry has produced a harmonized standard, which does not allow industrial wireless control systems to function,” explains Andrew Evans, technical executive at GAMBICA. “The problem with the standard is that it introduces the concept of Listen Before Talk (LBT). LBT requires each radio device to first check whether another device is transmitting, in which case it must hold back until the channel is free. This causes random and unpredictable communication delays.”

“The entire idea is simply nonviable,” continues Evans. “At times of heavy use, the result is ‘graceful degradation of service’. Unfortunately, the real problem for an industrial site is that key wireless devices can never be relied upon to report their alarm or status messages in a timely fashion.”

Industry has tried to work with ETSI by submitting comments on the revision of EN300328 V1.8.1 including suggestions for exemption or optional use of LBT within defined industrial automation areas. These solutions have not been included in the new revision of the standard. V1.8.1.

GAMBICA is urging all member companies providing industrial wireless equipment, or whose services rely on these systems, to contact their UK trade association or other organizations on the continent. The industry needs to make further efforts to explain the possible consequences of LBT to the European Commission and call for the harmonization of EN62657-2 under the R&TTE directive as soon as possible.

Wireless process control technology is in its infancy still, but widely seen across the process industry as a huge growth area. One only needs to glance at trade publications to see the plethora of wireless marketing material. It is a significant growth area which provides major cost savings in wiring and installation time. Many sites in the UK have wireless systems installed and more are in the pipeline. At a stroke, these investments are put at risk and the future growth of UK based industry will be gravely harmed.