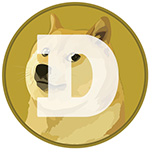 A single threat actor is responsible for the compromise of a considerable number of Synology NAS systems that were set to mine Dogecoing in secret and have netted him over $620,000, researchers from Dell SecureWorks reported.

“As early as February 8th of this year, computer users began to notice their Synology Network Attached Storage boxes were performing sluggishly and had a very high CPU usage,” they shared in a blog post.

“As a result, investigations ensued and eventually a Facebook post, directed at Synology, was made. Ultimately, it was discovered that the cause of the excessive resource consumption was due to illegitimate software that had infected the systems, which ironically, was stored in a folder labeled ‘PWNED’.”

The malware in question is a variant of CPUMiner, compiled to work on Synology NAS’ DiskStation Manager (DSM) platform.

The researchers also discovered two Dogecoin wallet addresses to which the mined dogecoins were passed, and a username in the malware’s configuration file seems to indicate that the threat actor goes by the online handle “Folio” and is likely of German descent.

According to the researchers, he “is not new to the world of exploitation and malware,” and he managed to compromise the NAS devices by taking advantage of one (or several) of the four DSM vulnerabilities discovered by researcher Andrea Fabrizi in late 2013.

The vulnerabilities have been patched for a while now, but many users have apparently not implemented the patches.

“To date, this incident is the single most profitable, illegitimate mining operation,” the researchers pointed out. “As cryptocurrencies continue to gain momentuum, their popularity as a target for various malware will continue to rise.”