Mandiant, the (apparent) go-to firm for the forensic investigation of high-profile breaches, has released its annual M-Trends report (registration required), which shows that the threat landscape is more complex than ever. 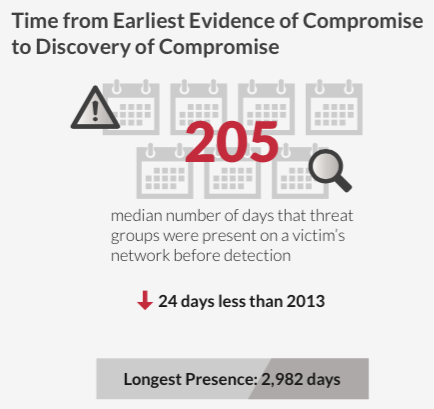 “Mandiant consultants’ role as the first responders to critical security incidents gives us a unique vantage point into how attackers’ motives and tactics are changing,” they say, and the report statistics compiled and the insights gained are a result of hundreds of service engagements.

The 2014 threat trends are as follows: