Most companies believe threat intelligence is essential for a well-rounded cybersecurity defense and has proven effective in stopping security incidents, according to a survey by Webroot and the Ponemon Institute. However, improvements are necessary to make threat intelligence more timely, accurate and actionable in order to strengthen an organization’s security posture. 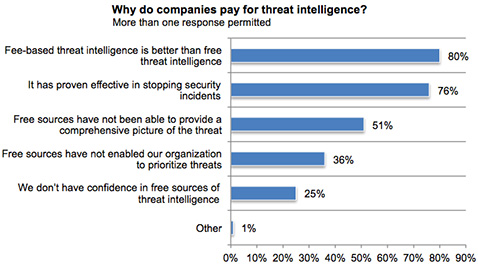 The new survey features perspectives from 693 IT and IT security professionals in the U.S., with sixty-one percent of respondents in the Fortune 1,000, Global 2,000 and the Forbes List of the Largest Private Companies. It concluded that companies see the potential benefits and importance of having cyber threat intelligence.

However, participants are wary of the reliability of this intelligence, as well as its ability to be actionable. Further, respondents are also dissatisfied with perceived threat intelligence deficiencies, such as a surplus of alerts and false positives that make it difficult to respond to breaches. 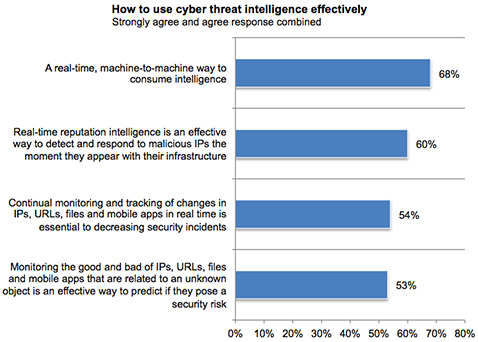 “While the report found that spending on threat intelligence is expected to increase in the next two years, these resources do not necessarily translate to greater security, and it is critical that the information be timely, accurate and actionable to be effective,” said Larry Ponemon, chairman and founder of Ponemon Institute. “The results of the study indicate that, while some companies have figured out how to leverage threat intelligence into a viable enterprise security defense, many more have not. But, given the rapidly changing threat landscape, we expect threat intelligence to evolve to the point that it will become a key component of IT security.”